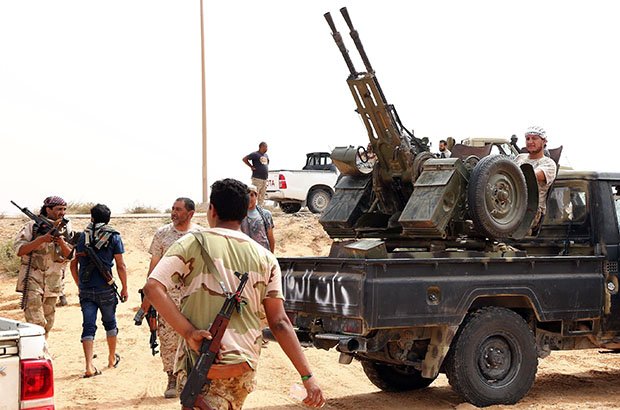 The media office of the Misurata-led Libyan forces under the command of Al-Bunyan Al-Marsous operation announced that they captured an ISIS weapons depot on Saturday in Dollar Neighbourhood in Sirte.

According to the media office’s Facebook page, the depot contained massive quantity of ammunition, artillery ammunition, mortars, and tanks’ shells and warheads.

Also, the media office said earlier that their forces found one of ISIS’s hideouts in Al-Sawawa district in which they were making mines and explosive devices.

On Friday, clashes raged on between the militants and the Misurata-led forces on many front lines leading to the death of 12 fighters and injury of more than 60 others from the Libyan forces.

In a post on Facebook, Al-Bunyan Al-Marsous media office said the 12 fighters who were killed yesterday were all from Misurata city, except for one, who has not been identified.

For: Libyan forces seize an ISIS weapons depot in Sirte