Libyan drama has been growing in number of soap operas and shows post-2011.

Milk and dates are something Libyans cannot really argue about when it comes to breaking their fasting in Ramadan, but something else they all agree with is a Libyan entreating soap opera – a drama series or a comedy one – that can have them mesmerized to their sofas at nighttime.

The conditions to create art in Libya are very dire, not only because of the most recent fighting in Tripoli, but because of the long-term fighting that has been going on across the country from west to east to south regions since 2014.

Actors and actresses do exist in Libya, but their availability to work inside Libya doesn’t really exist all the time, which made the Libyan drama take to different neighboring countries as a setting for the soap operas – mainly Tunisia and Egypt.

In Ramadan 2019, there has been a greater challenge to this entertainment industry, not only the funding, setting, and availability of the cast, but also the dire conditions people are suffering from due to an ongoing all-out war between forces under Khalifa Haftar’s command coming from eastern region and the forces under the internationally-recognized  Government of National Accord based in west and central Libya.

Of certain vitality is the relaxation of a country’s people to the artwork production, say many artists and art circuits, because when a soap opera or a host is produced for Libyans to watch while having a family time at home, the family time should not be interrupted by missiles and airstrikes, or should not be at all disrupted by the displacement of the family, which is the case for over 100.000  people at least now in southern Tripoli.

Yet, loving life enough, the Libyan people have been finding their way to the screen to watch some artworks and get a bit detached from news and sounds of bullets around them and the TV has did its bit this year and provided Libyans with a variety of choices to watch from drama speaking of Libyan current situation to that speaking of its history like Zangat Arreeh, to comedy shows and series like Awlad Al-Nass, Adam wa Hawaiwa wa Khlouda and Masouda wa Afkaraha Al-Souda, among many others such as those relating to magic, which is a rare art to produce by Libya – Khayal. 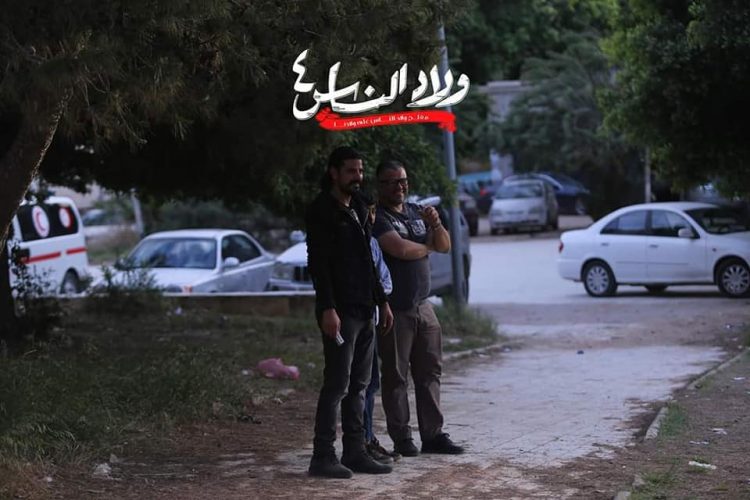 Libyans are fighting on the frontlines, but others, who are following the soap operas at home despite the sounds coming from those frontlines, wish to have no more real fighting but only that created by directors and written by authors out of their own imagination.

The views expressed in Op-Ed pieces are those of the author and do not purport to reflect the opinions or views of Libyan Express.
How to submit an Op-Ed: Libyan Express accepts opinion articles on a wide range of topics. Submissions may be sent to oped@libyanexpress.com. Please include ‘Op-Ed’ in the subject line.
DramaLibyaRamadan
Share
Submit a Correction
Sign up for our Newsletter.