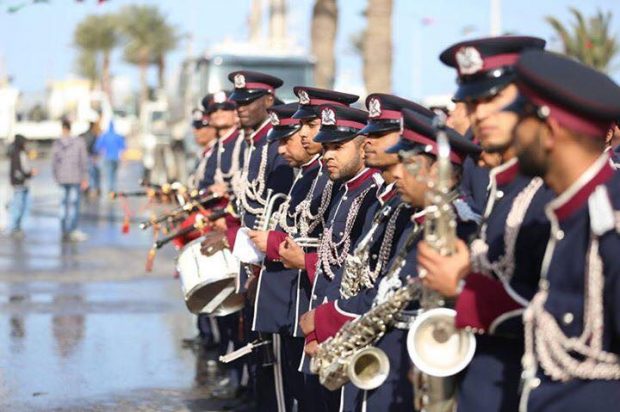 Friday, 17 February, 2017 will be the day in which Libyans will commemorate the sixth anniversary of their 17 February revolution that toppled over the tyrant reign of Muamar Gaddafi and ended up killing him On October 20, 2011.

Signs of ceremony are everywhere in Libya’s cities and districts. Wherever you go, you can see Libyan flags, slogans of victory and revolution speeches, and the photos of the deceased revolutionary fighters hung on the walls and in the squares to pay tribute to the revolution and to those who sacrificed to make it happen.

Tripoli municipality, Misurata, Al-Zawiya, Zliten, and all other municipalities inside the Libyan cities will all hold ceremonies on Friday to celebrate the anniversary that this year comes with much heightened agonies and suffering among Libyans because of the deteriorated living conditions and lack of security.

Moving eastward, Al-Bayda city announced Wednesday that the Friday celebrations of the sixth anniversary will be cancelled over fears that the celebrations could entice protests against the ruling forces of Khalifa Haftar and the Operation Dignity in the city, knowing that the city residents have been in rough resistance to Operation Dignity’s conduct towards them over the last week.

Though divided and despite mockery over celebrations amid the suffering of people who have no cash and have little to live on in the country, many Libyans find it obligatory to commemorate the sixth anniversary of the revolution, which they say has made their country better even if it is now in a bit of a juncture.

For: Libyans celebrate sixth anniversary of 17 February revolution on Friday