More than 10,000 migrants perished in the Mediterranean since 2014, UN said 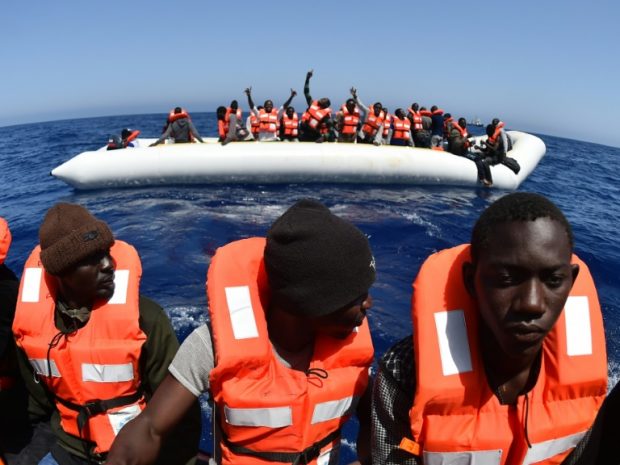 More than 10,000 people have died attempting the perilous journey across the Mediterranean to Europe since 2014, the United Nations said Tuesday.

“You’ve now had since the start of 2014 — when this phenomenon of rising numbers across the Mediterranean happened — 10,000 deaths. That threshold has been crossed just in the last few days,” UN refugee agency spokesman Adrian Edwards told reporters.

That amounts to 10,085 deaths in less than two-and-a-half years.

“This is clearly an appalling number of deaths that have occurred in the Mediterranean, just on Europe’s borders just in the past couple of years,” Edwards told AFP.

“It’s an extremely worrying dynamic,” he said, reiterating the agency’s call for the world to find “viable alternative and regular means of dealing with these movements”.

“They’re happening, they’re not stopping, they need a solution to prevent further lives being lost,” he said.

The International Organization for Migration said the death toll so far this year was already nearly a thousand above the 1,838 deaths registered in the Mediterranean during the first half of 2015.

As of Monday, a total of 206,400 refugees and migrants had arrived in Europe since the start of the year, mainly landing in Greece and Italy, the organisation said.

Rescuers pulled some 340 people to safety but there has been much uncertainty about how many people had been onboard the ship.

IOM said Tuesday that based on testimony from several survivors it was convinced there had been either 648 or 650 men, women and children onboard.

The survivors, spokesman Joel Millman said, “were sure of the number because smugglers counted them twice a day before departure”.

He said survivors had provided harrowing accounts, including the story of a man travelling with his wife and three children who entrusted his three-year-old daughter to another migrant onboard saying he feared he would not live. The girl survived, but the rest of her family perished.

For: More than 10,000 migrants perished in the Mediterranean since 2014, UN said