Nokia classic 3310 handset to return to the market 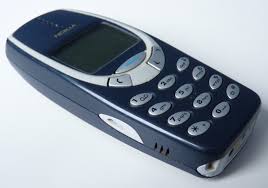 Now here’s a blast from the past – Nokia are expected to be bringing back their classic 3310 handset.

While most of us now carry around all-singing all-dancing iPhones and smart devices, the hugely popular Nokia mobile is set to return in all its near-indestructible glory.

According to leaked reports, Nokia will be making a comeback at the Mobile World Congress in February.

They are allegedly debuting a few new smartphones – as well as a simpler unit that will homage the 3310.

It is likely to cost £50 (€59), and is expected to be marketed as a back-up handset for those with more battery-zapping hi-tech main phones.

The Nokia 3310 was first launched in 2000, and featured the typical pre-smartphone numbered keyboard.

The phone featured a battery life up to 260 hours – a far cry from current mobiles – while its replaceable snap-on casing design made it a notably sturdy device.

As well as sending texts and making calls, the 3310 included fondly-remembered mobile games like Snake II and Space Impact.

It’s not yet known whether HMD Global, the Finnish company who bought the rights to the Nokia brand, will be including the beloved games when the handset relaunches

For: Nokia classic 3310 handset to return to the market