Stocks in 2016 may look much the same as this year, analysts say 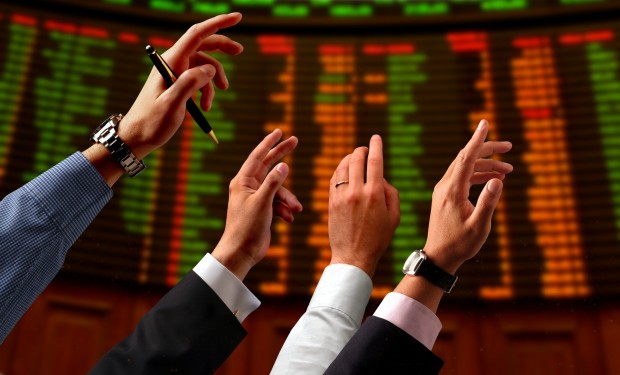 Anyone who followed stocks in 2015 knows it has been a ho-hum year, despite rampant volatility that had some investors eyeing the exits. Still, while many issues recorded minimal gains, a few have been standouts.

They include tech giants Amazon (AMZN), Facebook (FB), the company now known as Alphabet (GOOGL) and Netflix (NFLX), which is on track to be 2015’s top gainer, having risen nearly 140 percent (as of Dec. 28’s close). The streaming video company more than tripled its value, and its $50.3 billion market cap is now almost equal to that of old-media stalwart Time Warner (TWX).
It won’t be the first time Netflix has topped the S&P 500 index, having bested other large-cap stocks both in 2010 and 2013.

The Los Gatos, California-based company owes its outsize gains in large measure to popular original programming such as “Orange Is the New Black” and “Narcos,” which helped Netflix boost its membership by the end of the third quarter to 69 million subscribers.

Growth in Netflix’s subscriber base mirrored growth in overall consumer spending, as confidence in the U.S. economy strengthened through much of the year. The uptick in household outlays, which grew at an “upbeat” 3 percent pace in 2015, was “supported in large part by rising employment and the boost delivered by much lower gasoline prices,” according to analysis by Oxford Economics.
The research group forecasts a “windy” 2016 for the U.S. economy, with growth in consumer spending and housing activity offset by a strong dollar and sluggish global economies.
What will that mean for stocks? More of the same — at least in the short term. The volatility seen in recent weeks caused by low volume in stock trading is expected to continue into early 2016, according to a research note by Wells Fargo Investment Institute.

Research note author Sean Lynch expects the market to respond positively to any future interest rate hikes by the Federal Reserve, which raised its key federal funds rate this month for the first time in nearly 10 years.

“We believe that earnings will show steady improvement in 2016 [and] also believe that the consumer remains on a strong-enough footing to drive other sectors of the market,” Lynch said, adding that he expects the battered energy sector to “improve slightly.”
But emerging markets are expected to struggle much as they did in 2015, stung by the many challenges facing China, including slower economic growth, weak commodity prices and depressed earnings.
Zacks research analyst Steve Reitmeister agrees that 2016 will look much the same as this year, but he suggests that’s not such bad news for investors.

“[It] means we can use the lessons learned from 2015 to carve out extra stock market profits,” he wrote in a recent column. But it also means index and mutual funds may only see single-digit gains for the year.

He’s calling 2016 “the year of the stock picker.”
The current bull market, which traces its roots back nearly seven years to March 2009, has pushed overall stock prices up 200 percent. But the easy money has already been made, said Reitmeister, who sees the S&P 500 ending 2016 about 5 percent higher, guided by gains in GDP, dividends and — to a lesser extent — inflation.

A 10 percent rise in stocks isn’t out of the question, should GDP and earnings growth make further gains, he said, adding that zero percent is just as possible.
“Weighing out all the possibilities,” Reitmeister said, “I expect the S&P 500 to end the 2016 campaign a notch higher, between 2,150 to 2,200.”

For: Stocks in 2016 may look much the same as this year, analysts say