Syria: Aleppo is burning, a whole city is under day-night airstrikes

Syria’s industrial city, Aleppo, has been under continued attacks and destruction airstrikes since last week, where the deadly airstrikes by Assad’s airplanes and Russian warplanes killed at least 200, most of whom are children. 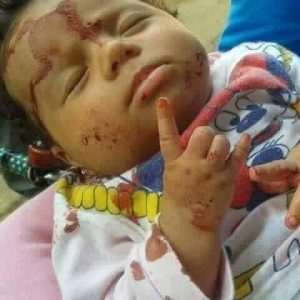 On Friday, the death toll mounted as a Syrian clinic has been hit by an airstrike, the second time in a week a medical facility has been struck, officials said.

The strike was on the Al-Marja neighbourhood in Aleppo and it left several people wounded, the civil defence, known as the White Helmets, said, adding that several other strikes appeared to target mosques in areas out of Assad’s control. At least one child died and five people were injured in the strikes, the Syrian Observatory for Human Rights said. 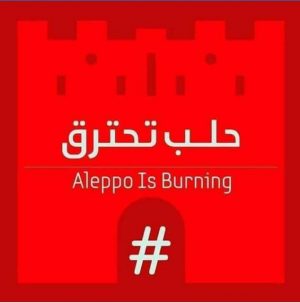 In separate attacks, insurgents killed at least 15 worshippers as they left Friday prayers. Earlier this week, the Al-Quds hospital and nearby flats were hit in Al- Sukkari neighbourhood, to make Friday’s death toll rise to 50 people, including six medical staff and patients, the medical charity Doctors Without Borders has claimed.

The head of the organisation’s Syria mission said “the city, consistently at the frontlines of this brutal war, is now in danger of coming under a full offensive, no corner is being spared.” While the UN High Commissioner for Human Rights has warned that targeting medical facilities could “amount to war crimes.”

For: Syria: Aleppo is burning, a whole city is under day-night airstrikes