Trump reprimanded for “ignorant” comments on Libya’s fight with IS 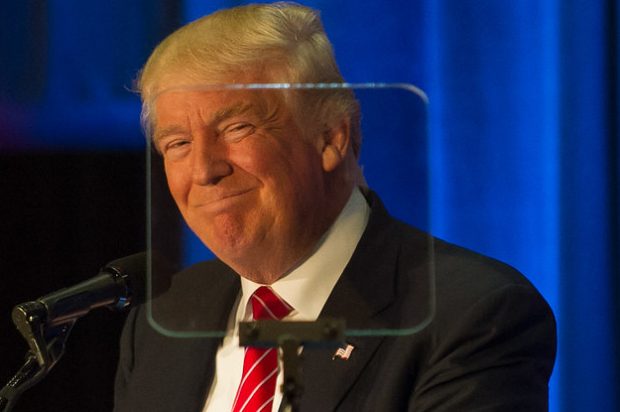 The reason Clinton said that Trump was not against the war in Iraq is because he was not against the war in Iraq. The United States invaded Iraq in 2003, and the congressional debate over authorizing the use of military force in Iraq was in 2002. And during that period, Trump supported the invasion of Iraq. BuzzFeed’s Andrew Kaczynski and Nathan McDermott were the first to unearth a Howard Stern Show transcript that proved it.

In fact, Trump himself supported the military action in Libya that he now characterizes as a mistake. He made a video about it and posted it on his website. You can watch it right here.

It’s not a great idea, in general, for journalists to let politicians get away with bald-faced, on-camera lies. But it’s particularly important not to let them do it when, as is the case with Trump on these two issues, the lies are so predictable.

Trump says these things about Libya and Iraq all the time. It’s not incidental, it’s the core of his message. He says it over and over again. And it’s not true. People need to know that. And Lauer totally blew it.

For: Trump reprimanded for “ignorant” comments on Libya’s fight with IS