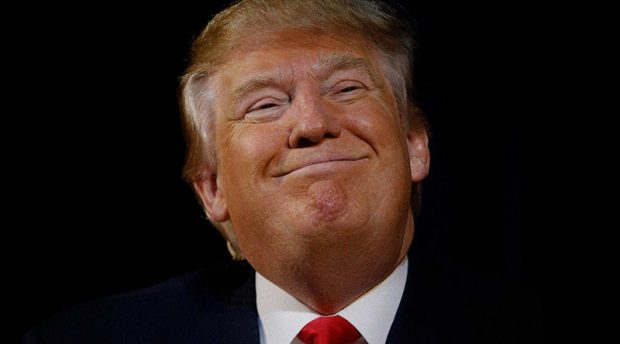 US President, Donald Trump tweeted on Wednesday “Despite the constant negative press covfefe”

The typo (covfefe) seen in a tweet by President Donald Trump late Tuesday has many people scratching their heads.

The tweet has since been removed, but the screenshots will never go away. With more than 127,000 retweets, this is Trump’s top re-tweeted message since his inauguration as president in January. 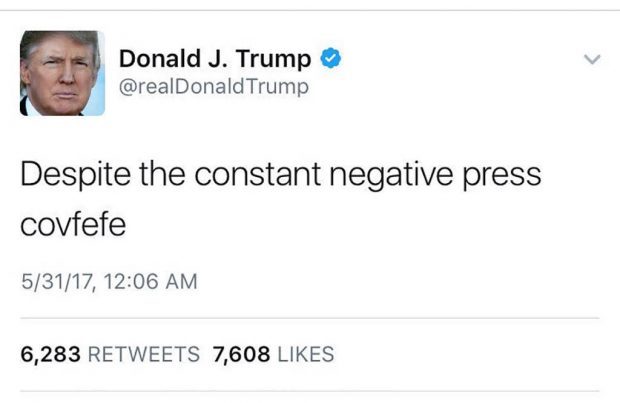 Social media is abuzz as to the meaning of the word, while three possible pronunciations are gaining consensus:
cov-fee-fee
cov-fee-fay, and
cov-feef

No matter how you say it, it’s funny-along with the feedback we’ve seen on Twitter overnight.

Jimmy Kimmel tweeted that he was saddened to know he’ll never write anything funnier than “covfefe.”

Some have argued the contextual clues in the six-word tweet suggest Trump was trying to write the word “coverage.”

No telling yet whether it was the smartphone or the writer who is to blame for this one.

The views expressed in Op-Ed pieces are those of the author and do not purport to reflect the opinions or views of Libyan Express.
How to submit an Op-Ed: Libyan Express accepts opinion articles on a wide range of topics. Submissions may be sent to oped@libyanexpress.com. Please include ‘Op-Ed’ in the subject line.
CovfefeDonald Trump
Share
Submit a Correction
Sign up for our Newsletter.

Make Libyans pay for bombing them