UK Foreign Secretary: Britain to give £10 million to the GNA 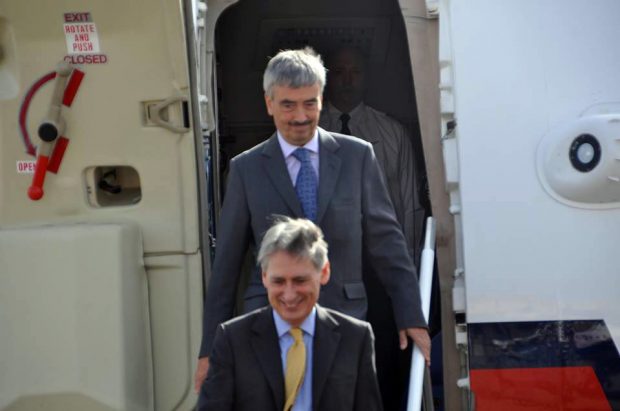 The British Foreign Minister, Philip Hammond, has announced a £10 million support for the Government of National Accord, saying that the United Kingdom stands in f all back up for it and its Presidential Council.

In a joint press conference Monday, after his arrival in Tripoli, between Hammond and PC member, Muhammad Ammari, Hammond said that the priority for his government in Libya is to develop the security, economic and military sectors, pointing out that the UK is ready to help train the Libyan state institutions, especially the Central Bank of Libya and the National Oil Corporation, if the GNA requested.

Moreover, the British FM said that his country’s embassy will open in Tripoli as soon as the security situation allows it, renewing his country’s support for peace in Libya.

On the other hand, the PC member, Muhammad Ammari, said that the British FM told him that releasing the Libyan frozen assets is a ‘complicated process’ and needs a lot of work.

Worth mentioning that the British FM arrived this morning to Tripoli to show his country’s support for the GNA and the Presidential Council.

For: UK Foreign Secretary: Britain to give £10 million to the GNA