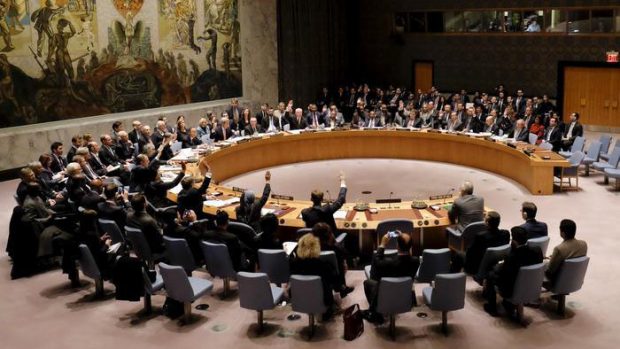 The UN Security Council is seeking assurances from Libya’s unity government that new weapons will not fall into the wrong hands before it can authorize the purchases, diplomats said Friday.

Britain, Egypt, Italy, the United States and Russia were among 25 countries that agreed at a meeting last month to help the government of Prime Minister Fayez al-Sarraj arm itself to confront ISIS.

The countries agreed to support a request to a UN sanctions committee for an exemption to the arms embargo on Libya to allow Sarraj’s government to make the purchases.

The UN-backed government however has yet to present its request to the committee, a senior Security Council diplomat said.

“The Libyan Government of National Accord will need to provide reassurance when making requests to the UN sanctions committee that there is no risk of arms exports being diverted to terrorist groups,” said the diplomat, who spoke on condition of anonymity due to the sensitive nature of the issue.

“It will take time for the GNA to put in place the necessary measures, such as secure storage facilities. The request may therefore still take some time to issue.”

Another diplomat cited concerns about the command structure of the various militias now supporting the Sarraj government and said there was a need to clarify who will be receiving the weapons.