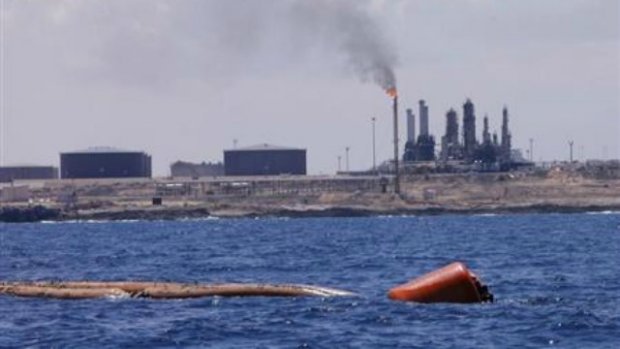 Western countries including the United States, France and Britain said in a joint statement on Wednesday they were concerned by mounting tension around the Zueitina oil terminal in Libya.

Washington, Paris, London and the governments of Germany, Spain and Italy urged a return to government control of all oil and gas installations and called on all parties “to abstain from any act of hostility and avoid all actions that could damage or disrupt energy infrastructure”.

Zueitina is one of three eastern oil ports blockaded by Libya’s Petroleum Facilities Guard (PFG). The PFG has signed a deal to reopen the ports with the U.N.-backed Government of National Accord (GNA) in Tripoli, but forces loyal to a separate government based in eastern Libya have threatened to block a resumption of exports.

Libya’s National Oil Corporation (NOC) said on Sunday that it was concerned by reports of “imminent conflict” in the vicinity of Zueitina between the PFG and the Dignity Operation, which is loyal to the eastern government.

In a statement released by the French foreign ministry, the six Western powers expressed their support for efforts by the GNA to “find a peaceful solution to the disruptions affecting energy exports in Libya”.

“The Government of National Accord must work with the National Oil Corporation to relaunch oil production in order to rebuild Libya’s economy.”

Fighting, political disputes and militant attacks have reduced Libya’s oil production to a fraction of the 1.6 million barrels per day the OPEC member was producing before the 2011 uprising against Muammar Gaddafi.

“Restarting oil exports is crucial for generating revenues needed to provide for the essential needs of the Libyan people, notably electricity, healthcare and infrastructure,” the statement by Western countries said.

For: Western countries urge for calm near Zueitina oil terminal