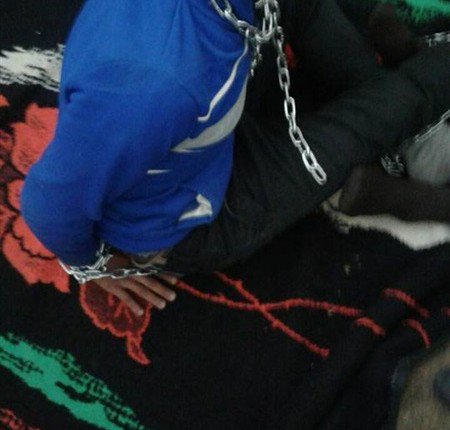 Fifteen migrant workers from Egypt were kidnapped and tortured in Libya last week with their kidnappers demanding from their families a ransom of 300,000 Libyan dinars to release them or they would be killed, Hamada Salah, a brother of one of the kidnapped, told Egyptian news website Ahram Online.

“On 5 January, I received a phone call from my younger brother Mohamed telling me that he and other Egyptian workers have been kidnapped from Tarhuna [western Libya] by a militant group for a ransom,” Salah said.

The Egyptian foreign ministry has not released any statements on the issue.

Ahram Online could not reach the ministry of foreign affairs for comments.

“My brother went to Libya in December 2016 to find work – he was working on a farm there,” Salah said.

Salah said he spoke to Mohamed regularly on his mobile phone from before the kidnappers seized the device and began to speak with him directly.

“I got a phone call from the kidnappers telling me that they are demanding 300,000 Libyan dinars in order to release my brother and the rest of the hostages or they will kill them,” he said, adding that the kidnappers told him they tortured the hostages.

Salah said he reported the incident immediately to the police but has not yet received any updates from the Egyptian authorities.

The brother added that the kidnappers sent him on his Whatsapp account a set of photos showing the reportedly abducted Egyptians handcuffed by metal chains with signs of torture on their backs.

One of the photos showed an unidentified hostage chained while being completely naked and showing signs of torture.

The photos went viral on Facebook after Hamada Salah shared them seeking help.

Salah said he does not know the exact identity of those who kidnapped his brother, or information about the other hostages.

He added that the man who spoke to him on the mobile phone was using a Libyan mobile number, and that the Whatsapp account featuring the photos was titled “Mohamed Libya.”

Ahram Online added that it could not independently verify the authenticity of the photos circulating on social media of the reportedly kidnakked Egyptians.

For: 15 Egyptians kidnapped in Libya for ransom, say Egyptian sources