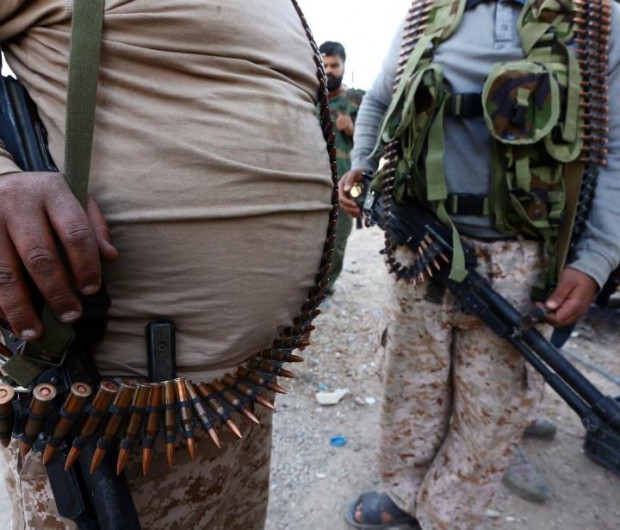 Libya is in a sorry state. Fighting continues at the extremist-controlled international airport in Tripoli, which the Libyan air force attacked last week. City centers are still embroiled in conflict and, in early November, the country’s Supreme Court dissolved the country’s internationally recognized parliament. Now, two rival prime ministers are squaring off, beating the drums of war, fighting over control of the capital, Tripoli. The country, which has for months been the site of military confrontation against a background of political infighting, is nearing the point of no return.

Amid this chaos, the Constituent Assembly, which has been quietly drafting a new constitution from its home in al-Baida, is now facing pressure to intervene in the ongoing political struggle. In this environment of toxic division and worsening security, Libya has few options left — and they all come with serious risks.

The country’s democratic transition has suffered some serious blows ever since Libya Dawn (a Misratan-Islamist led coalition) rejected the results of the June 25 House of Representatives elections, which favored nationalist and federalist candidates. Fearing that the new legislature would work against the Islamist agenda, the alliance — which formed last July, just a few weeks before the new parliament’s first session — decided to use its military power to prevent it from meeting. To consolidate their position on the ground, this alliance launched an attack on rival militias in Tripoli. The attack resulted in the destruction of Tripoli’s main international airport as well as other vital infrastructure installations, such as the city’s only oil and gas tanks. (The photo above shows Libya Dawn militants stationed in the Kilka region.)

But Libya Dawn did not stop at taking control of Tripoli. On Aug. 23, it decided to resurrect the unpopular former legislature, the General National Congress (GNC), and appointed a rival government led by Omar al-Hassi. Having won control of Tripoli, Libya Dawn launched a legal challenge with the Supreme Court questioning the constitutionality of the House of Representatives election. The Court ruled in favor of the Dawn coalition and declared the internationally recognized parliament unconstitutional. The ruling has complicated matters further.

The House of Representatives and its government both rejected the Supreme Court’s ruling. They claim that the Supreme Court’s verdict was reached under duress, given that Libya Dawn’s militias have been in control of Tripoli for many weeks. The international community faced a diplomatic dilemma following the ruling. The United Nations’ Support Mission in Libya decided to study the ruling before it makes a definitive decision on which body it will recognize as the sole and legitimate authority in Libya. But the international community is taking its time, and is focusing instead on using the legal and political crisis to bring opposing factions together and form a unity government.

There are two scenarios in which such a unity government could be formed successfully. Both come with huge risks for Libya’s future.

In the first scenario, Libya would abandon the democratic process completely and instead grant power to an unelected body similar to the National Transitional Council that was formed in 2011 after Qaddafi’s ouster. This new governing body would set up and lead a unity government until a constitution is drafted and passed in a referendum. This scenario risks establishing the dangerous precedent that if a faction is unhappy with the results of an election, it can use force to bring the democratic process to a halt. Libya has too many armed groups, all with opposing views, so this precedent could set off an endless cycle of failed votes and civil war, ensuring that Libya never reaches democracy. To avoid such an eventuality, Libya must work hard to maintain the democratic process in the country by either calling for new elections or adopting the next scenario despite all the risks attached.

The governing body is expected to produce a first draft of the new constitution by the end of this month. Involving the Constituent Assembly in the current struggle could threaten the collapse of this constitution-building process, because it would invite in the rampant political polarization that the Assembly members have so far been able to evade. The country’s transition depends on the promise of this new constitution. This could be the straw that breaks the camel’s back.

If the Constituent Assembly must play a role in the current crisis, it should come as a result of an agreement between the main stakeholders in the current crisis. All parties must recognize the Assembly as the sole legitimate authority in the country, and the international community must support it. But the stakes are high: If the Constituent Assembly, too, falls prey to Libya’s rampant political division, then Libya will be left without a government, without a constitution, and completely without hope.

Mohamed Eljarh is the Libya blogger for Transitions and a nonresident fellow at the Atlantic Council’s Rafik Hariri Center.

For: Libya’s Last Glimpse of Hope