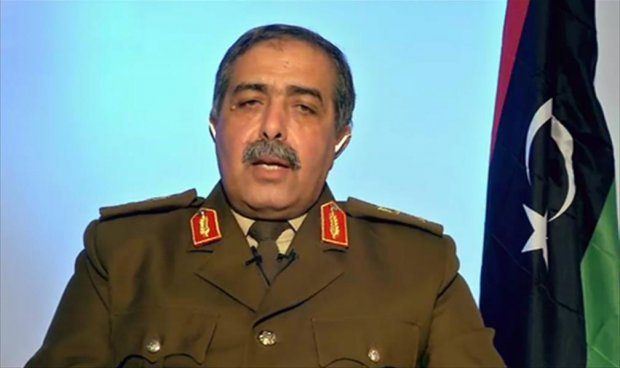 The Chief of Staff of the Tobruk-based House of Representatives, Abdelrazik Al-Nathory, said Saturday that the army forces of the HoR gave the Egyptian Army the command of protecting the joint borders between Libya and Egypt from the sea to the Libya-Sudan ones.

“Our army and that of Egypt are one and the same.” Al-Nathory said, according to Egyptian Youm7 Newspaper.

Al-Nathory added that the HoR forces will shell any oil tanker that doesn’t have the permit of the parallel National Oil Corporation of Al-Thanni government, saying “Those who deal with the Serraj government are dealing with illegitimate bodies and our forces shall not allow any vessels to cross the Libyan eastern waters.”

The Petroleum Facilities Guard (PFG) forces of the Presidential Council are barricaded inside the oil ports and terminals that are empty from oil, he added, pointing out that their forces will get those PFG forces out.

Al-Nathory also said that the Presidential Guard announced to be formed by the Presidential Council of the UN-backed Government of National Accord (GNA) is an outright opposition and anti-body to the HoR’s army.

“Al-Serraj has no right to form any military unit in Libya because he is not legitimate and his government failed to gain a confidence vote from the HoR.” He went on.

Al-Nathory went far to say that Al-Bunyan Al-Marsous operation of the GNA in Sirte is no more than a role-exchange operation between Al-Qaeda and IS.