Australians are getting fatter 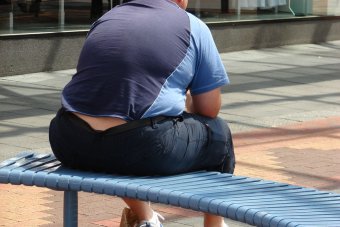 Around the world, Australia may be known for its rugged outdoor lifestyles. But recent statistics suggest a different reality. Australia and its equally outdoorsy neighbor, New Zealand, are now two of the fattest countries in the developed world.

Obesity rates in the two countries have tripled in the last three decades, mirroring the sharp rise that occurred in the United States during roughly the same period. In Australia, at least 60 percent of adults and roughly a quarter of children are overweight or obese.

A United Nations report this month showed that Mexico and the United States, in that order, lead the developed world in obesity. But Australia and New Zealand were only slightly behind.

Populations in many developed nations are, not surprisingly, getting heavier. Industrialization often carries a cultural cost that includes more sedentary behaviors and the spread of sugary drinks and heavily processed foods. According to research by the Organization for Economic Cooperation and Development, one out of two people in nearly half of all developed countries is overweight or obese.

But the prevalence of obesity appears to be increasing faster in Australia than in any other industrialized nation. While obesity rates have recently plateaued in America, for example, researchers say they expect to see the rise in Australia continue across all age groups for at least another decade.

The trend, Australian authorities say, is costing the country tens of billions of dollars a year in reduced productivity, disability and direct health complications. Like their counterparts in the United States, Australian health officials have been struggling to find ways to rein in the country’s rapidly expanding waistlines.

Mostly, they have turned to public outreach and education. The Australian government has poured money into national programs that teach schoolchildren to grow and prepare fresh foods and that encourage adults to “swap” things like elevators and chocolate cake for staircases and fruit. There have also been more drastic approaches. Several years ago, the government of the country’s most populous state, New South Wales, started paying for its morbidly obese citizens to have weight loss surgery.

The groups said that vending machines packed with junk food were becoming commonplace in schools and workplaces, and that adults and children were drinking soft drinks to excess. Studies show that half of all children in Australia drink at least one sugar-sweetened beverage daily. The head of Diabetes Australia, Greg Johnson, said it was time for a government tax on sugar-sweetened beverages.

The anti-sugar campaign is blitzing the airwaves with public service announcements, including a television commercial that shows a man eating 16 packets of sugar – the amount, the ad states, in a large soft drink. Americans might find the ad familiar: It was licensed from the New York City health department.

In Western Australia, the state government paid for a separate campaign that warns about the dangers of belly fat using graphic images. One television ad shows a man reaching for a slice of pizza, and then hesitating as he looks down at his waist and grabs a fold of his belly fat. A view from inside his abdomen flashes onto the screen, showing his intestines cloaked in bright layers of fat.

“When you eat more than you need to and aren’t as active as you should be, fat doesn’t just build up around your waist,” a narrator exclaims. “A toxic fat also builds up around your vital organs, releasing dangerous levels of chemicals that bring heart disease, diabetes and cancer closer.”

In a critique of the ads, Deborah Lupton, a sociologist at the University of Sydney, said they were designed to provoke shock and horror. She questioned whether the ads would be effective.

“The intention is clearly to invite the target audience – people who have a ‘grabbable gut,’ as the campaign’s print media ads put it – to envisage the insides of their bodies as diseased, poisoned and repulsively overrun with deposits of viscous fat,” she wrote. “It’s likely,” she added, “that many members of the target audience may simply avert their eyes because they find the images so repulsive.”

But as health authorities step up their attack on junk foods and sugar-laden drinks, some experts are debating whether such efforts are misguided. In 2011, two leading nutrition and diabetes experts in Australia created controversy when they published a study arguing that at the same time obesity rates soared, the consumption of refined sugar in Australia had appeared to fall substantially. The researchers called this phenomenon “the Australian Paradox,” and it suggested, they argued, that public health messages aimed at sugar intake might not do much to curtail obesity.

But another paper published this month by a group at the University of Western Australia argued that there is no paradox.

Australia is one of the leading exporters of raw sugar in the world, exporting more than 80 percent of its raw sugar to countries like South Korea, Indonesia and Malaysia. Production data alone makes it appear that the amount of sugar in the domestic supply has been decreasing. But in reality, the study found, a large amount of the raw sugar that Australia exports is processed elsewhere and then returned to the country in the form of packaged foods.

For: Australians are getting fatter