Chinese new year, when and what it means plus how to celebrate it 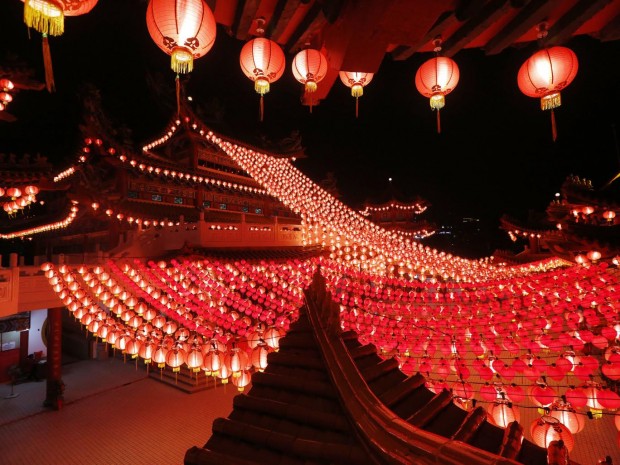 Chinese communities across the globe are preparing to launch their annual new year celebrations.

But while the colourful nature of the annual festivities are a familiar sight to many, the details of the associated ancient traditions are perhaps less well known.

What is the year of the Monkey?

This year is the Chinese year of the Monkey. It is the ninth in the 12 year cycle of the Chinese zodiac, where each year is represented by an animal. One of the five elements – gold (metal), water, wood, fire or earth – is also assigned to each new year.

The year of 2016 is represented by the fire monkey. People born in these years are said to show characteristics of ambition and adventure, but are also irritable.

Each zodiac animal has its own set of supposedly lucky items. White, blue and gold are said to be lucky colours during the year of the monkey .

As well as lucky colours, the numbers four and nine are deemed to be lucky, with chrysanthemum and crape-myrtle flowers being lucky too.

Directions north, north west and west and the Chinese lunar months eight and 12 are also seen as lucky for those born during the year of the Monkey.

China has used the Gregorian calendar since 1912, but still celebrates Chinese New Year according to the ancient Chinese lunar calendar – which means it falls on the second new moon after winter solstice, somewhere between 21 January and 19 February.

It is the longest Chinese national holiday, which spans 15 days, with New Year’s Day the most important day of the calendar.

Most people in China benefit from the first three days of the holiday being statutory and will have from New Year’s Day to the sixth day of the New Year off.

Chinese New Year is celebrated by almost a sixth of the world. As well as China, large celebrations happen in Singapore, Malaysia and Twain and other countries where there is a large Chinese population.

Outside of Asia, London’s China town throws a huge celebration, with the main event being a parade through the city.

The grand parade will take over most of the West End on February 14, beginning at Trafalgar Square at 10am, with plenty of street food and crafts on Gerrard Street in the heart of Soho’s Chinatown, while San Francisco also hosts a large celebration.

The New Year is celebrated with parades, dragons, reunions, gifts and elaborate dinners. The essential item for celebrating the New Year is red clothing, which is believed to scare off Nian, the mythical monster.

Each day has its own celebration, which culminated with the Lantern Festival on the 15th day, when red lanterns are released into the sky.

Children are traditionally given red envelopes with money inside, which bring them good fortune and happiness and which they sleep with under their pillows.

For: Chinese new year, when and what it means plus how to celebrate it