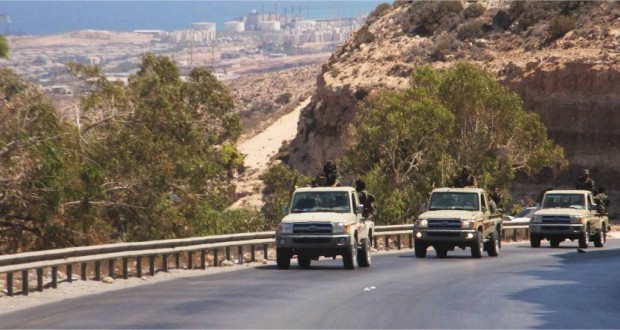 Derna Shura Council executed eight ISIS militants on Monday who were charged with killing acts and explosions in Derna over the last period.

Derna Shura Council explained that the ISIS militants were captured by the security department in the city and after interrogations they confessed about the suicide blasts, murders and other crimes they had carried out in Derna.

The Council also showed a video, where the eight militants said they were part of a larger group who all planned to conduct more bombings and murders in the city to pave the way for the ISIS militias to enter Derna, but their plans were altered as they were caught by security forces