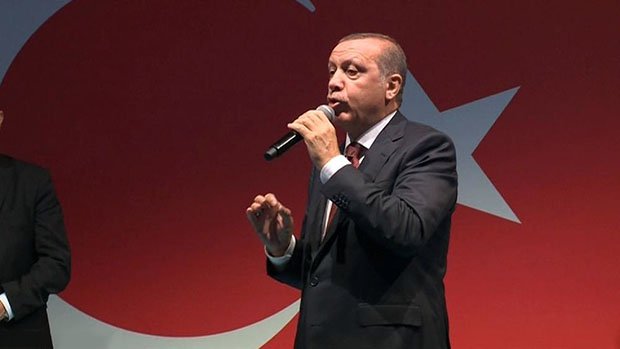 EU foreign policy chief, Federica Mogherini, has warned that Turkey would be barred from joining the bloc if it reintroduces the death penalty to allow the execution of those involved in a recent failed coup in the country.

Speaking in Brussels where she has been meeting with European foreign ministers, Mogherini said that Turkey’s return of the death penalty would bar its EU membership.

Mogherini had earlier warned the Turkish government against taking any post-coup steps that would damage the constitutional order.

US Secretary of State John Kerry also said during a visit to Brussels that the United States and EU call on Turkey to respect the rule of law in the crackdown following the attempted coup.

Meanwhile, Austria’s Foreign Minister Sebastian Kurz has warned that the idea of the reintroduction of the death penalty in Turkey is absolutely “unacceptable.”

This comes after Turkish President Recep Tayyip Erdogan has hinted that the death penalty may be reintroduced in Turkey to allow the execution of those involved in the coup bid.

The restoration of the death penalty, which was annulled in Turkey in 2004 under reforms aimed at joining the EU, would magnify differences between Turkey and the EU in the already-stalled talks over Ankara’s accession to the bloc.

“Germany and the member states of the EU have a clear position on that: we categorically reject the death penalty,” Seibert told a news conference in the German capital Berlin, adding, “A country that has the death penalty can’t be a member of the European Union and the introduction of the death penalty in Turkey would therefore mean the end of accession negotiations.”

The spokesman for the German government also stressed that Berlin had grave questions about President Erdogan’s response to the foiled military takeover.

Seibert said he expected EU foreign ministers to address their concerns about the revival of the death penalty and disproportionate punishment in Turkey in a joint statement after a meeting in Brussels later on Monday.

“Everyone understands that the Turkish government and the Turkish justice system must bring those responsible for the coup to justice, but they must maintain the rule of law, and that always means maintaining proportionality … and transparency.”

Turkish officials say that nearly 8,000 police officers have been suspended on suspicion of having links to the coup attempt at the weekend.

More than 7,500 people, including military generals and judges, have been arrested across the country after the failed coup.

EU commissioner Johannes Hahn, who is dealing with Turkey’s request to join the bloc, has said it appears that the Turkish government had prepared a list of people to be arrested even before the coup attempt.

The attempted coup began on Friday night and the violence and fighting between the putschists and government loyalists dragged into Saturday, when the coup was largely defeated.

A total of 290 people were killed in the abortive attempted coup d’état in Turkey.

For: Erdogan says reintroducing death penalty possible, EU says it will keep Turkey out of EU for good