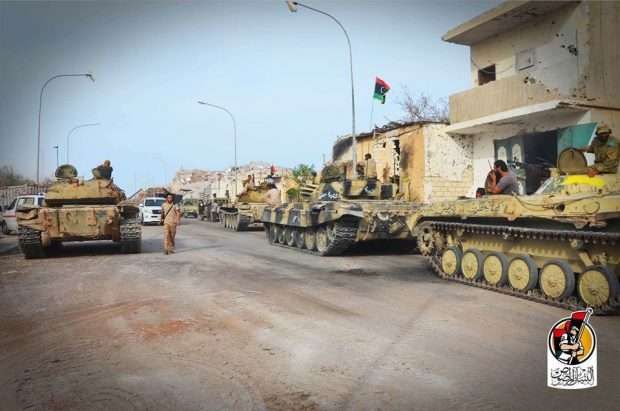 Mohammed Abed Al-Karami, the father of the IS emir in Libya’s Sirte, Hassan Al-Karami, surrendered to the Misurata-led forces along with his family, sources from Sirte reported.

The father of the self-proclaimed emir confirmed to the Al-Bunyan Al-Marsous that his son, Hassan Al-Karami was killed in last August.

According to the sources, the family of the killed IS emir moved from Benghazi to Misurata on November 08, 2014 as a displaced family including Hassan, who later joined IS in Sirte and became their emir.

on September 18, the spokesman of Al-Bunyan Al-Marsous, Muhammad Al-Ghasri, announced the killing of Hassan Al-Karami, and another prominent leader – Walid Al-Furjani – in clashes in neighbourhood 3.

For: Father of IS emir in Sirte confirms his son’s death in August