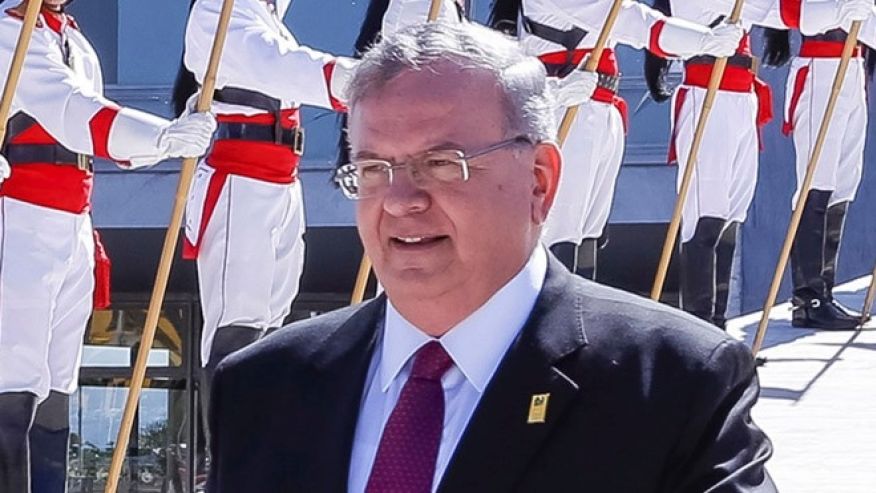 A police spokesman could not be immediately reached for comment.

Ambassador Kyriakos Amiridis, 59, was last seen Monday evening leaving the home of friends of his Brazilian wife in a poor and violent suburb of Rio’s metropolitan area, police had said earlier on Thursday.

A Rio state police official said the ambassador’s wife reported him as missing on Wednesday.

Recently he was Greece’s ambassador to Libya from 2012 until he took the top Brazil post at the beginning of 2016.

Globo showed images of the burned-out white car in the Nova Iguacu neighborhood where the ambassador went missing. The station reported that the license plates on the car matched those of Amiridis’ rental vehicle.

An official at the Greek Embassy in Brasilia would not confirm the ambassador was missing, saying only that he was on vacation in Rio and expected to return to Brasilia on Jan. 9.

Rio police inspector Evaristo Pontes had earlier told the Folha de S.Paulo newspaper that he did not believe the ambassador was kidnapped.

“We’re following some leads, but not that one. If it had been (a kidnapping), those who took him would have made contact by now,” he said.

Amiridis previously served as Greece’s consul general in Rio from 2001 to 2004.

Brazil’s Foreign Ministry said it had no comment on the case, other than to say it was being fully pursued by police.

For: Former Greek Ambassador to Libya dies in Brazil