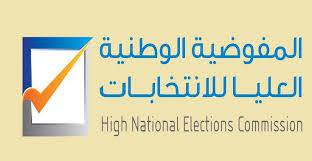 The Head of the Libyan High National Election Commission (HNEC) Emad Al-Sayeh confirmed on Sunday that the forthcoming presidential and parliamentary elections will be held before September 30 in 2018.

“The voters’ registration process is going well. Around 1 million voters have already been registered, and the number is increasing,” Al-Sayeh told Xinhua.

He also added that all Libyans are entitled to participate as long as they have a national number, confirming that supporters and officials of the former regime are also entitled to take part in the upcoming elections.

“So far, there is no law that determines the conditions for candidates. We are waiting for such a law to be approved,” Al-Sayeh told Xinhua.

Asked about the possibility for Saif Islam Gaddafi, son of Muammar Gaddafi, to run in the elections, Al-Sayeh explained that according to the UN-led action plan, everyone can participate in the elections and there are no labelings or classifications.

The views expressed in Op-Ed pieces are those of the author and do not purport to reflect the opinions or views of Libyan Express.
How to submit an Op-Ed: Libyan Express accepts opinion articles on a wide range of topics. Submissions may be sent to oped@libyanexpress.com. Please include ‘Op-Ed’ in the subject line.
ElectionsGaddafiLibyaUN
Share
Submit a Correction
Sign up for our Newsletter.

For: Head of Libyan Elections Commission: Elections on September 30, Saif Gaddafi can run for president