In Libya children vanish without trace 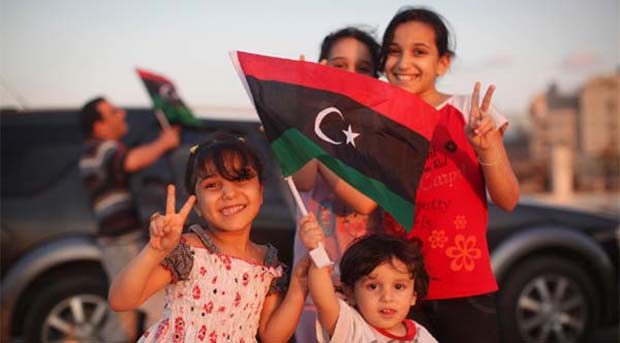 On Oct. 20, 2015 sometime between 4 and 5 in the afternoon, the little girl of 4-years-old Meyar al-Harari disappeared while playing with other kids around her older sister’s wedding party in Zahra, west of Tripoli. Never seen since.

On Nov. 3, 2016 a passerby found a child’s body wrapped in a piece of blanket inside a suitcase just outside a deserted farm in the town of Zahra, about 50 km west of Tripoli. When the body reached the hospital, they informed the police who suspected it could be that of the missing girl and called her father who hurried to the hospital to confirm that the disfigured corpse was that of his daughter Meyar.

According to grief stricken father, speaking to Libya Channel Satellite TV on Nov. 3, 2016[, her kidnappers called him on his mobile phone on the morning of Oct. 21 telling him, “We have your daughter and if you want her back you have to pay 70,000 Libyan dinars ($14,000 on the black market) or we will kill her.” He tried to explain that he did not have the money and borrowing it is impossible as banks are short of cash across the country; but the caller simply hung up on him.  Couple of hours later, he received another call, this time to inform him that the ransom has been doubled and the kidnappers have also explained to him that he must give the money to a woman from his family and have her wait alone at a certain meeting point which they will identify later warning him that of he informs anybody else he risks the death of his daughter.

The murder of this little girl shocked the country and received great deal of media coverage across local papers, radio and TV talk shows and over the Internet. The United Nations envoy to Libya, Martin Kobler, tweeted on Nov. 7 that “these acts must stop for the sake of Libya’s children and their future,” while a news TV anchor was weeping while presenting the terrible news.

In Surman, some 70 km west of Tripoli, three children — a girl and her two brothers: Zahb, 10, Abdulhamid, 8, and 6-year-old Mohamed — were taken by force on Dec.3, 2015 while their mother was bringing them to school at 8 a.m. at a busy school door. The armed militia this time fired at their mother’s car and forcibly took the three children, while people outside the school looked on unable to do anything to help.

The father, a businessman, Riad al-Shirshari, received four phone calls between December 2015 and May 2016 in which the kidnappers set the ransom at 20 million Libyan dinars (approximately $4 million at the black market). In May 2016, detectives managed to arrest two of the kidnappers who turned out to be members of a local militia, not a criminal gang as previously thought.

Ironically, one of the kidnappers is a legal consultant at the local courts as he confessed on a recorded video, which cannot be verified. Despite the arrest, police has so far failed to find out if the children are dead or alive and where they are kept, let alone arresting the militia leader, simply because he is powerful enough to protect himself and his men.

These two cases received widespread media coverage in the country and abroad; but there are tens of children who are kidnapped and their cases are forgotten. While no accurate data is available, at least one non-governmental organization has documented many cases of child kidnapping and murder.

The United Nations mission to Libya reported that dozens of children have also been recruited to fight for the Islamic State (IS) and other affiliated groups in many parts of Libya, particularly in Benghazi in the east and Sirte in the middle of the country.

Lack of security in the capital and the breakdown of law makes Tripoli, the capital itself, unsafe. In October 2016 Eight civilians, including the general manager of the Libyan Airlines, were kidnapped in Tripoli making it the highest number of kidnappings in a single month this year

This prompted the Government of National Accord, GNA, on Nov. 9, 2016 to set up a special security force to combat crime in the capital, such as extortion and kidnapping, which has seen a sharp increase according to the Joint Security Force without providing exact figures. this year.

However, little improvement is expected from such force since GNA lacks effective control over the capital. GNA itself is being protected by different militias who claim loyalty to the weak UN-brokered government. Instead of strengthening the present police and security forces, the GNA is risking adding yet another militia to the dozens already active in the capital Tripoli, further weakening and alienating the usual police and security forces in the country.

GNA’s affiliated police force, backed by loyal militias, still operates across the capital, but it lacks effective force, equipment, and trained personal and above all, it lacks protection by the government making police officers unable to carry out their duties since no higher authority is ready to protect them against criminals and militias alike. Since 2011, Libya has descended into a state of chronicle chaos getting out of control and making the country literally ungovernable. This kind of chaos is prefect environment for criminals and militias to have free hand enjoying impunity in many cases thanks to their power and arms.

For: In Libya children vanish without trace