ISIS: Can they take over Libya’s oil? 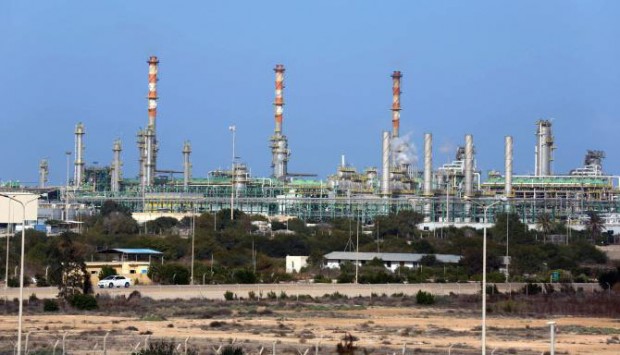 As it turns out, Syria was merely a springboard for a much larger ISIS plan — replenishing terrorist coffers by taking over oil assets in war-torn Libya.

The terror group has largely taken control of the Libyan city of Sirte and its hundreds of miles of coastline, and has ransacked two key oil terminals in an attempt to wrest control from fragile Libyan officials, ISIS is banking on taking over these oil facilities, and is now reportedly recruiting its own oil and gas engineers.

Libyan crude should be an easier target than Iraqi oil, which has remained largely out of ISIS reach. If ISIS succeeds, it will have more revenues and more power.

Reeling from warring parallel ”governments” in a seething civil war, Libya is in no position to stop ISIS from filling the void.

Libyan oil officials say ISIS has ravaged oilfields south of Sirte, clashing with guards at key oil terminals, shelling storage facilities, and setting oil tanks on fire. All that’s left to do now is take over this part of the business in earnest.

Last week, ISIS targeted two of Libya’s largest export terminals—Es Sider and Ras Lanuf, which handle 80 percent of Libya’s oil reserves. Combined, they have the capacity to ship 500,000 barrels today, barring civil war and terrorist hindrances. For the past year, these two export terminals have been closed down, but ISIS has plans to reopen them—eventually.

After several days of clashes with ISIS and the death of at least 18 guards, Libya’sNational Oil Corporation has regained shaky control over the terminals and scrambled to empty the storage tanks at Ras Lanuf as a precaution. Meanwhile, fires have been put out at both terminals.

So how are ISIS recruitment efforts coming along? So far, recruitment efforts are just in the planning stage, but if ISIS does manage to take firm control of these facilities, it may find a willing applicant pool from Libya’s plentiful group of desperate oil workers who felt the weight of unemployment for quite some time.

Can ISIS effectively take control of Libyan oil? To some extent, yes. The terrorist group already controls nearly 300 kilometers of Libya’s coastline west and east of the city of Sirte, which serves as its base in the country.

ISIS is also estimated by some to have around 3,000 fighters based in Sirte.

Given the ease with which ISIS apparently took control in Sirte and attacked the nearby oil facilities, there is a clear threat to two other key terminals, Brega andZueitina, as well as two vulnerable producing oilfields that may be at risk, Amal and Nafoora.

If ISIS succeeds, it will generate significant revenues from selling Libyan oil domestically.

Libya has been in grave danger since the fall of Ghaddafi. Today, Libya is only generating half the oil revenues it was prior to 2011.

The chaos that has controlled the country since then has now metamorphosed into a civil war between two opposing governments–the internationally-recognized Council of Deputies based in Tobruk and the General National Congress (GNC) based inTripoli. A peaceful power-sharing agreement is nowhere in sight as neither can agree on how to spit the oil revenues.

The Islamic State’s play for Libyan oil could lead the warring governments to speed up a power-sharing agreement to end the civil war and unite them in the face of an even greater threat. Or, they could lose all to ISIS, which would allow the terrorist group to seize control of an OPEC country. There is also a mid-way scenario that gives ISIS control of the oil facilities around Sirte and a major interim boost to its operational budget.

For: ISIS: Can they take over Libya’s oil?