Kobler worried about huge number of injuries in war on ISIS 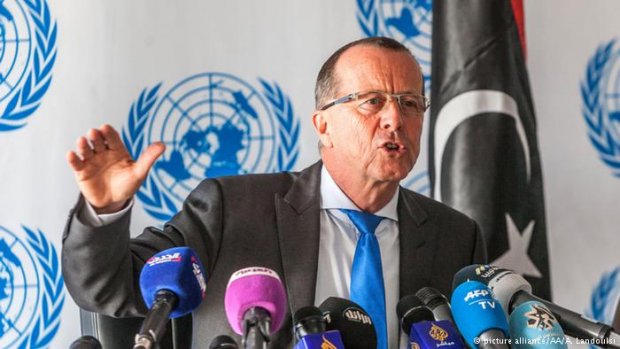 The United Nations delegate to Libya and head of the UNSMIL, Martin Kobler, said he was worried about the growing number of the wounded in the fight against ISIS militants in Sirte.

In a tweet on Friday, Kobler said the commanders of the Misurata-led forces of Al-Bunyan Al-Marsous operation, which is appointed by the UN-backed Presidential Council, were right to say that the fight against ISIS in Sirte is a fight for Europe’s interests as well.

“I urge European states to treat the seriously wounded fighters in their countries because most of them are treated in neighboring countries.” Kobler tweeted.

The fight in Sirte got a bit more intensified with the US warplanes entering the battlefield.

For: Kobler worried about huge number of injuries in war on ISIS