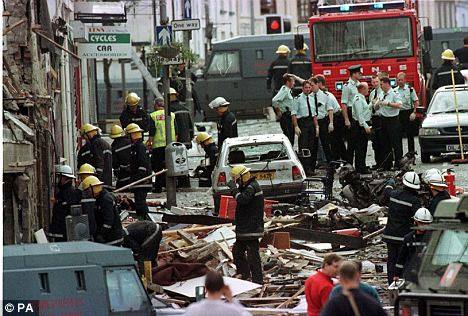 The reported establishment of a governmental committee in Libya to assess compensation claims from victims of Colonel Gaddafi-sponsored IRA terrorism is an important development, MPs have been told.

“This is welcome news,” he told a Westminster committee. “This means you have got someone at very senior ranks saying they are willing to look at this.”

Mr Ellwood was giving evidence to the Northern Ireland Affairs Committee, which is conducting an inquiry into the ongoing failure to secure compensation for the British victims of IRA bombs made with Libyan Semtex.

While the US, France and Germany negotiated multi-million pound settlements with Colonel Gaddafi for citizens impacted by Libyan-directed terrorism, the previous Labour government has been heavily criticised for not striking a similar deal.

Mr Ellwood also struck a note of caution, however. He said that while the issue was now on the radar of the new Libyan unity administration, substantive progress was still a way off.

“Even if such a committee is formed, progress is unlikely to be rapid,” he said. “The new Libyan government faces significant security, political and economic challenges. We would not want to raise expectations too early that any settlement in victims’ favour is likely in the immediacy.

“We will continue to support victims in efforts to seek redress and will encourage the Libyan authorities to engage with UK victims, victims’ families and their representatives once stability returns and the security situation allows our embassy to reopen.”

Mr Ellwood said it was still too dangerous for victims and their representatives to travel to Libya to make their case in person.

But he insisted that when the situation improved he would facilitate a delegation to travel. “The last six months have seen changes take place in Libya which we’ve not seen for many years,” he added. “Talk of a formation of a committee, if you think of all the things that are going on in Libya, the difficulties they are enduring, that you then have a senior government minister committed to saying, ‘We will take a look at this’, I think this is very important and welcome news.

“The Libyan government is more aware of this issue than they have been for many, many years.”

For: Libya GNA offers to compensate for IRA terror victims