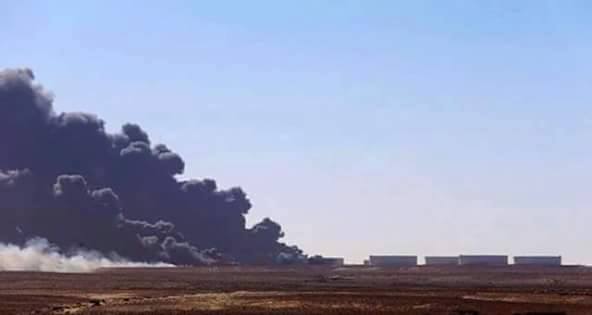 Feb 1 Maintenance teams are working to repair damage caused by an attack on an oil pipeline south of the Libyan port of Zueitina, a spokesman for the pipeline’s guards said on Monday.

It was not clear who carried out the attack late on Sunday evening, but Islamic State militants have been active in the area in recent weeks.

An explosion and fire hit the pipeline in the desert 75 km (47 miles) south of the terminal, said Ali al-Hassi, a spokesman for the Petroleum Facilities Guard that controls nearby oil installations.

The pipeline leads from oil field 103 to the export terminal at Zueitina, which was closed last year by a conflict between Libya’s rival governments, one based in Tripoli and the second, internationnally recognised one in the east.

Islamic State militants have taken advantage of political chaos and a security vacuum to establish a foothold in Libya. Last month, they launched a series of attacks causing major damage at the oil terminals of Es Sider and Ras Lanuf, which lie between Zueitina and the Islamic State-controlled city of Sirte.

Libya’s oil production has shrunk to under 400,000 barrels per day, less than a quarter of the 1.6 million bpd it was producing before the uprising that toppled Muammar Gaddafi in 2011.

For: Libya: Oil pipeline in Zueitina damaged by attack