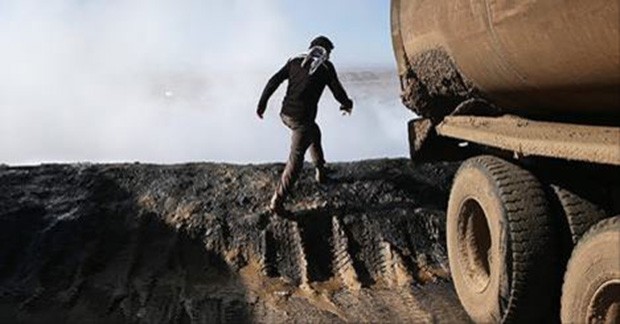 Libya’s National Oil Corp. issued a “cry for help” as Islamic State militants attacked oil storage tanks in the region of Es Sider, the country’s biggest oil port which has been closed for more than a year.

Political leaders in the divided country should quickly form a unity government and establish a unified force to restore peace and protect natural resources, Mustafa Sanalla, chairman of the state-run NOC, said Wednesday in an e-mailed statement. NOC is committed to its partnership with foreign oil companies and has taken measures to help protect oil workers and facilities, according to a statement on the company’s website.

Islamic State militants attacked oil storage tanks in Es Sider and the nearby Ras Lanuf oil port over the past few days, engaging in deadly clashes with members of the Petroleum Facilities Guard. Two guards were killed and 16 others wounded on Tuesday, Ali al-Hasy, a spokesman for the force, said by phone. Four tanks in Es Sider caught fire on Tuesday, and a fifth one in Ras Lanuf the day before, he said.

“We are helpless and not being able to do anything against this deliberate destruction to the oil installations” in Es Sider and Ras Lanuf, NOC said Tuesday in a statement. “National Oil Corporation urges all faithful and honorable people of this homeland to hurry to rescue what is left from our resources before it is too late.”

Libya, with Africa’s largest oil reserves, pumped about 1.6 million barrels a day of crude before the 2011 rebellion that ended Moammar Al Qaddafi’s 42-year rule. It’s now the smallest producer in the Organization of Petroleum Exporting Countries, producing 370,000 barrels a day in December, data compiled by Bloomberg show. Since Qaddafi’s ouster and death, Libya has fractured into two separately-run regions, and various armed militias compete for control of its oil fields, ports and related facilities.

The latest attacks are part of the Islamic State’s “declared strategy of isolating and controlling energy assets in Libya,” Ludovico Carlino, senior analyst at IHS Country Risk, said in a report. They were “likely diversionary operations” during Islamic State’s takeover of the town of Bin Jawad, a seizure that may enable the group to expand and connect “its controlled territory around Sirte to the ‘oil crescent.’”

Islamic State militants tried previously to attack Es Sider in October, killing one guard, but were repelled at the terminal gate. Es Sider and Ras Lanuf terminals have both been closed to oil exports since force majeure was declared in December 2014 when armed groups attacked the ports. Force majeure is a legal status protecting a party from liability if it can’t fulfill a contract for reasons beyond its control.

For: Libya says “Help” in the wake of ISIS attacks on oil crescent region