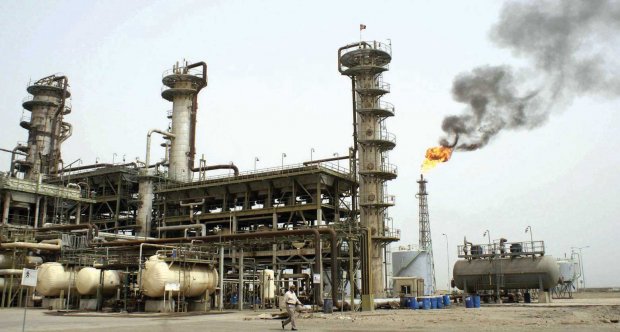 Libya’s Petroleum Facilities Guard (PFG) will start lifting a blockade on eastern oil terminals over the next three days, though a resumption of exports will depend on the state of the ports, a spokesman said on Friday.

The PFG, which protects Libya’s oil terminals and fields, has blockaded the major eastern terminals of Ras Lanuf, Es Sider and Zueitina for months, and promises earlier this year to reopen them have so far come to nothing.

Even if the ports do reopen, it is unclear how much oil will flow to them, due to damage and continuing political complications.

Labor disputes, political conflict and security threats have crippled Libya’s oil output over the past three years. Production in the OPEC member state has been fluctuating at less than a quarter of the more than 1.6 million bpd reached in 2011, the year an uprising toppled Libyan leader Muammar Gaddafi.

Ras Lanuf and Es Sider, Libya’s biggest export terminals, have a combined potential capacity of 600,000 barrels per day (bpd), but both facilities have been damaged by fighting.

A source familiar with Libya’s oil operations said because of the extensive damage at two terminals and some of the upstream fields that feed into them, it would take five weeks to bring their export capacity up to 100,000 bpd.

Initial oil exports will go to the 120,000 bpd Zawiya refinery, the source added. The refinery has been running at half capacity because of a lack of crude.

The leader of the PFG in Libya’s oil crescent region, Ibrahim Jathran, has said he supports Libya’s U.N.-backed government in Tripoli, which is working with the National Oil Corporation (NOC) to try to revive production.

Jathran said he was prepared to reopen the ports after the new government’s leadership, or Presidential Council, arrived in Tripoli at the end of March.

The PFG made its latest statement a day after U.N. Libya envoy Martin Kobler visited Jathran.

“There were talks about the export of oil and conditions in the region, and meetings with notables from the oil crescent region,” PFG spokesman Ali al-Hassi said.

“Ibrahim Jathran said that on 23-25 July the agreement with the Presidential Council on the export of oil will be implemented.

“There will be exports from all the ports that do not have problems, and this will be determined by the engineers and technicians.”

A group of local leaders from oil-producing areas that feed the ports said it rejected any deal that was not supported by authorities in eastern Libya. The High Council for the Wahat Oil and Gas Basin said it had not been party to any deal, meaning exports from oil fields in the area it represents would not resume.

The NOC has ambitious plans to bring Libya’s oil production back to pre-revolution levels. But damage to oil pipelines left closed for months, and to ports hit by fighting, may take years to fully repair.

Powerful figures in eastern Libya, where much of the country’s oil resources are based, have so far withheld formal approval from the U.N.-backed government. Earlier this year, they tried to export their own oil through a breakaway branch of the NOC in Benghazi.

For: Libya’s PFG to kick off lifting blockade on eastern oil terminals