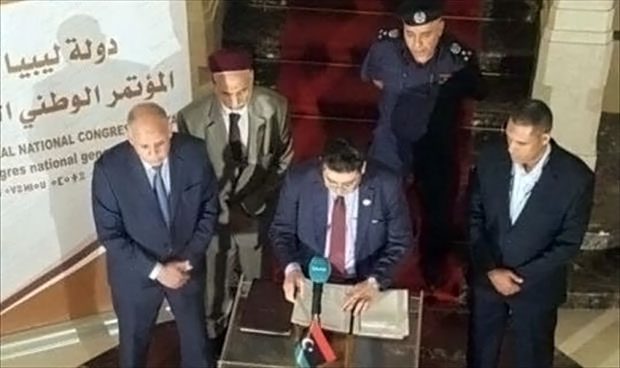 The UN-brokered Presidential Council (PC) issued early on Saturday a statement condemning the coup act that was carried out by an armed group to back the dismissed General National Congress and Salvation Government’s attempt to take over the headquarters of the High Council of State.

“This action by the GNC and the armed militias that backed its coup attempt helps add to the chaos in the country and leaves the door wide open for any group to assault the state institutions and buildings. “ The PC’s statement reads.

The statement also confirmed that this coup attempt is just another endeavor by the political group, which is against the implementation of the Libyan Political Agreement that was signed in Morocco’s Skhirat last December, to cover for its failure to provide for the country when it was in the decision making post, therefore, this group is trying to complicate the situation and create pandemonium.

“The Head of the PC, Fayez Al-Serraj, ordered the Interior Ministry’s security apparatuses to contact with the Tripoli-based Attorney General and immediately arrest all those who plotted for the coup and those who are locking for forming parallel governments.” The statement adds.

On Friday evening, the dismissed General National Congress and its Salvation Government took the Rixos Headquarters where the UN-brokered High Council of State had been located.

The GNC and the SG immediately announced the state of emergency in Tripoli along with the help of the forces that paved the way for their coup on the legitimate High Council of State’s HQ.

Immediately after taking over the High Council of State’s HQ in Rixos, the Prime Minister of the SG, Khalifa Al-Ghweil, told the press that his government will be starting work in the capital from Saturday and will be responsible for all state institutions in the capital.

Analysts said this move could spark an all-out war in the secure capital and endanger the lives and properties of people as well as destroy the capital’s infrastructure. 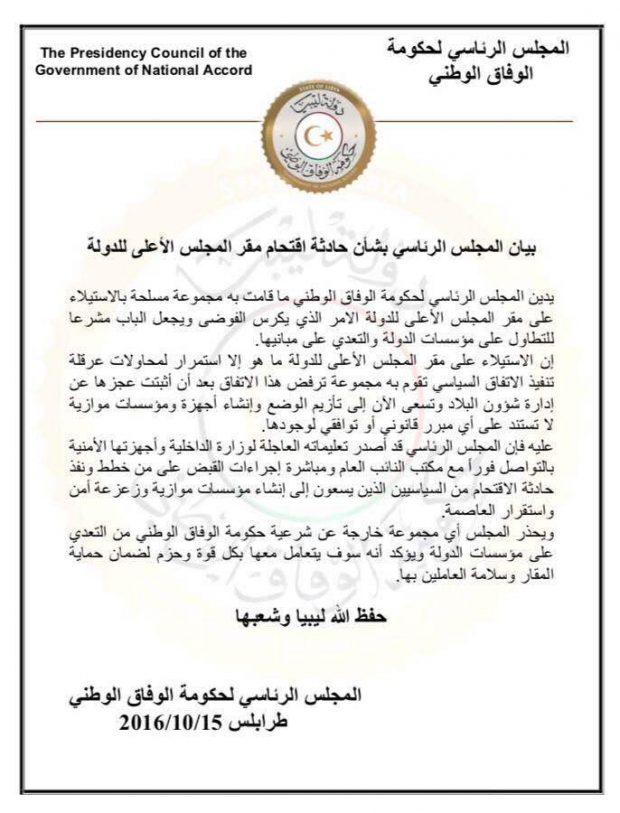