No airstrikes against IS in Libya at least for now 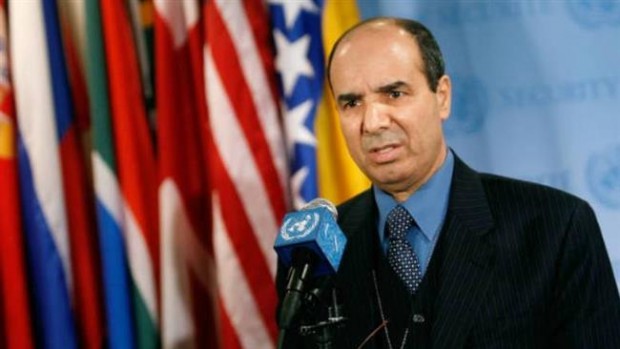 Libya’s U.N. ambassador said Wednesday his country will hold off asking nations like the United States and Britain to intervene with airstrikes against the growing presence of the Islamic State group in the oil-rich north African nation as a new national unity government tries to establish itself.

Ambassador Ibrahim Dabbashi told The Associated Press he would rather see a U.N. arms embargo loosened so Libya can defend itself against IS instead. He spoke shortly before the Security Council unanimously endorsed a U.N.-brokered deal to form a unity government that Libya’s rival factions signed last week.

The international community has pressed for Libya’s two rival governments to come together to stabilize the country, which slid into chaos after the toppling of dictator Moammar Gadhafi in 2011. Urgency has grown in recent months as the Islamic State group has gained ground and moved toward the country’s oil fields and facilities.

The new agreement calls for a national unity government to be formed within 30 days, but challenges remain. The speakers of the rival governments’ parliaments have rejected the deal, and multiple militias remain active in the country.

Security Council members urged Libyans to come together behind the agreement, which the U.N. calls the best chance to pull the country together. The council’s resolution stresses that the national unity government is the “sole legitimate government of Libya” and asks countries to “cease support to and official contact with” others who claim to be the legitimate authority.

U.N. envoy Martin Kobler told reporters that the one thing Libya’s various parties, and its neighbors, have been able to agree on is the need to counter the Islamic State group. He said the national unity government will have to organize that fight, and “later on, the question arises of whether they’re going to do it alone.”

Kobler said Libya’s future army will need weapons, but the new government must be in place to ask the Security Council for exemptions to the arms embargo.

Some countries appear eager to help tackle the Islamic State group. Italy has offered to lead an international peacekeeping mission in Libya, if the new national unity government requests it. Dabbashi also mentioned interest in having France, Britain and the United States intervene against the Islamic State group but said any such request will be left to the new government.

“No one can predict that we will ask for that at any time,” the ambassador said. “This is kind of a transitional period.”

U.S. Ambassador Samantha Power said the United States and other countries will work closely with the new government to defeat Islamic State affiliates in Libya “and eliminate the threat they pose to all of our collective security.”

British Ambassador Matthew Rycroft said his country is “deeply worried” about the growing role of IS in Libya and looks forward to working with a new Libyan unity government against it.

Aside from the presence of the Islamic State group just across the Mediterranean from Europe, Libya is also the source of thousands of migrants trying to cross the sea to Europe, often with deadly results.

Some European countries look forward to expanding efforts against migrant smuggling operations into Libya’s territorial waters, but an invitation from Libya’s government is required.

For: No airstrikes against IS in Libya at least for now