Obama’s nominee for Africa Command: It would be wise to bomb Libya’s ISIS 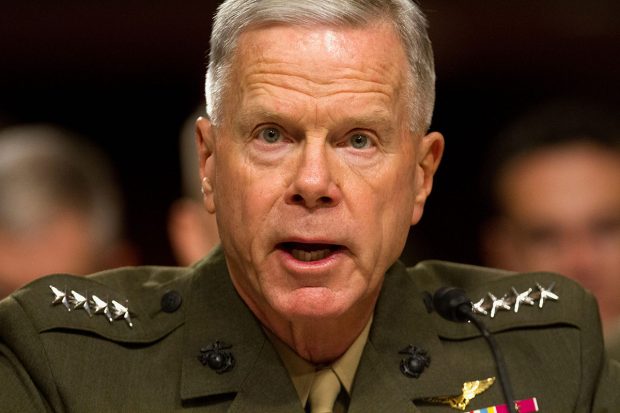 The President’s nominee to lead the Africa Command said Tuesday that the U.S. lacks an “overall grand strategy” in Libya, where a small number of troops are assisting allied governmental forces in the fight against ISIS.

In testimony before the Senate Armed Services Committee, Lt. Gen. Thomas Waldhauser said he was not aware of any larger strategy beyond assisting the newly formed Government of National Accord (GNA) to route out ISIS. Waldhauser made the comment amid grilling from Sen. John McCain (R-Ariz.).

“Do you think that would be wise to have that authority?” Sen. Lindsey Graham (R-S.C.) asked. “I think it would be wise, it would certainly contribute to what we’re trying to do inside Libya,” Waldhauser responded.

Waldhauser agreed with Graham that ISIS represented “an imminent threat to the United States” but he noted that the U.S. was not conducting air strikes against the terror group’s Libyan branch.

“That makes no sense then, does it?” Graham asked.
“It does not,” the general answered.

Waldhauser also told the committee that the U.S. did not have a large number of troops on the ground in Libya, and said more were needed.

For: Obama’s nominee for Africa Command: It would be wise to bomb Libya’s ISIS