Oil in Libya climbs by 4% amid IS attacks 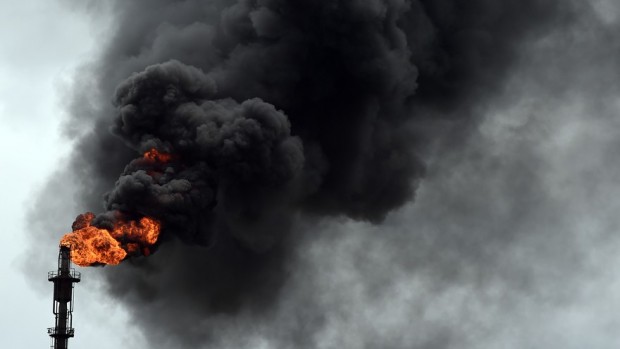 Oil futures settled with a gain of more than 4% on Thursday, rebounding on the back of what analysts referred to as “oversold” conditions, as reports of attacks on Libyan oil terminals reminded the market of the risks to supplies in the Middle East.

Advances for oil came despite a hefty increase in weekly U.S. crude inventories. The natural-gas market, meanwhile, rose even as its own supply data revealed a smaller-than-expected weekly decline.

Both benchmarks had fallen to their lowest levels since 2003 on Wednesday.

The news “set back the expectations that Libya would be exporting more oil soon,” said Flynn.

But Tim Evans, chief market strategist at Long Leaf Trading Group, wasn’t convinced that the Libya news was the big reason for the oil-price climb. He said the amount of crude involved is “negligible with respect to global supplies.”

Instead, “risk aversion has declined across the full spectrum of markets,” he said. So “crude’s increase is consistent with the increases seen in other markets.” U.S. and European equities moved higher Thursday.

Still, the violence in Libya helped to offset what would otherwise be seen as bearish U.S. supply data.

The EIA reported that crude inventories rose by four million barrels for the week ended Jan. 15. That was lower than the 4.6 million-barrel climb reported by theAmerican Petroleum Institute on Wednesday, but analysts polled by Platts expected supplies to be up by a smaller 2.9 million barrels.

Also supportive for prices, oil production in the lower 48 states edged lower for the first time in seven weeks, “which is at least ‘less bearish’ for the extremely oversupplied global oil market and reason enough for some bears to book profits after the most recent price slide,” said Tyler Richey, co-editor of The 7:00’s Report.

Overall, oil-market sentiment “remains bearish across the board despite a pop in crude-oil prices immediately following the data release,” said John Macaluso, an analyst at Tyche Capital Advisors, “This technical oversold rally should be sold into until fundamentals change.”

Meanwhile, natural-gas prices got a boost from overall strength in the energy-futures market. The February contract NGG16, -0.37%  added 2 cents, or 0.9%, to $2.138 per million British thermal units.

For: Oil in Libya climbs by 4% amid IS attacks