Over 260 IS fighters’ corpses recovered from Sirte after liberation 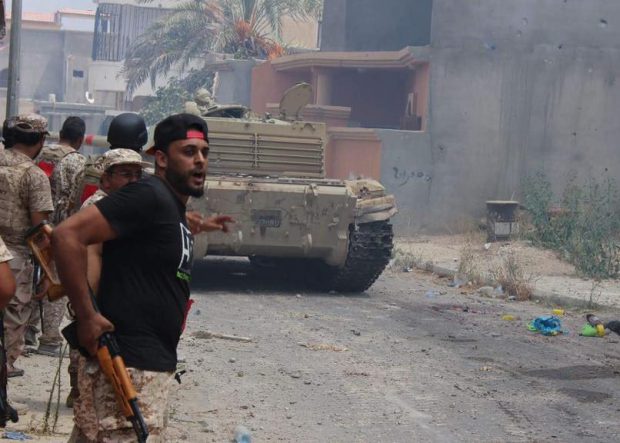 A security source from the Crime Fight Unit at Misurata Security Department said they recovered 230 corpses from the city of Sirte in two days span in coordination with the Libyan Red Crescent.

It added that the bodies were for IS terrorists thrown on the roads in Jizah neighbourhood, Sirte.

On Thursday, an intelligence sources said the forces of Al-Bunyan Al-Marsous recovered 30 bodies for IS militants, among who there were senior leaders, making the total over 260 corpses.

The source added that most of the IS captives, who were caught injured in the clashes, died due to serious injuries.

“Hundreds of bodies are placed and numbered in the morgues at Misrata Central Hospital.” A source from the Libyan Red Crescent added.

On Tuesday, the forces of Al-Bunyan Al-Marsous declared Sirte fully liberated from the terrorists of IS after more than 6 months of fierce clashes and after of two years of their control of the city of Sirte.

For: Over 260 IS fighters’ corpses recovered from Sirte after liberation