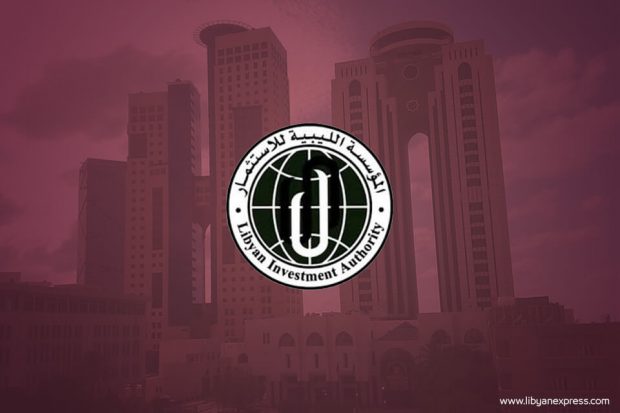 Last week, Abdel Rahman Shalgham, the former Libyan ambassador to the United Nations, expressed concerns that the assets of the Libyan Investment Authority (LIA) are being seized by international actors supported by domestic parties. The former ambassador made his concerns public on his Facebook page, stating that despite the assets and funds being frozen, millions in interest payments were being taken from the LIA.

His intervention follows an investigation by the international news outlet Politico who reported that millions in interest payments have been taken from frozen accounts in Brussels to bank accounts in Luxembourg and Bahrain over recent years, pointing out that Belgium’s finance ministry says such payments are legal.

Mr AbdulMagid Breish, who still considers himself the Chair of the LIA, has supported the calls for the funds and payments to remain frozen. Mr Breish has argued that interventions in the working of the LIA have created confusion about whether payments from the LIA’s funds are legal, and further commented that political debate around the control of the LIA has meant that there has been a lack of accountability and proper scrutiny around who has received payment. Reiterating arguments he has previously made, Mr Breish attempted to shine a light on the complexity surrounding the LIA’s funds, and the role of international institutions. He said:

“Euroclear is transacting transactions on behalf of the custodian — be it ABC Bahrain, or HSBC Luxembourg … If a dividend or interest coupon is paid, it comes through Euroclear to be settled and then it is credited to the account of the custodian, then that custodian has already accounts in the name of LIA. And that custodian will then credit these amounts. When all of these procedures are finished then the problem starts. If somebody approached, for instance, ABC Bahrain whether it is the LIA in Tripoli or LIA in Tobruk or a claimant who says: ‘I am the chairman of the LIA’ and asks them to transfer money coming from dividends on an account in a third bank … or sends a telex requesting a transfer, the custodian should say that there is an authority problem. There may have been some custodians who may have honored requests from this LIA or that LIA.”

Mr Breish went on to criticise the specific interventions of the Presidential Council, and in particular what he described as the illegal formation of a board of Trustees and Directors for the LIA, which has added a further level of complexity to the process of allocating funds. He concluded:

“Funds at LIA and some of its subsidiaries may have been used illegally and paid to third parties in clear violation of LIA’s bylaws. Such corrupt practices should be investigated by Libya’s Attorney General and the State Audit Bureau. There are a number of companies such as FM capital a fund in London, the Jordanian office of the Longterm Portfolio, a subsidiary of the Libyan Foreign Investment Company, Oil Libya and LAP Green in Dubai, both subsidiaries of Libyan African Portfolio, which may have been some of the units from which a number of these payments have been made.  Furthermore some of the financial institutions that are acting as custodians to these units including for LIA may have acted in concert. An Audit carried out by an international accounting and forensic firm would verify if this were to be the case.”

Mr Breish hoped that a Libyan court will soon rule that the interventions of the Presidential Council in the work of the LIA are illegal, which would bring much needed stability and clarity to the LIA.

The views expressed in Op-Ed pieces are those of the author and do not purport to reflect the opinions or views of Libyan Express.
How to submit an Op-Ed: Libyan Express accepts opinion articles on a wide range of topics. Submissions may be sent to oped@libyanexpress.com. Please include ‘Op-Ed’ in the subject line.
LIALibya
Share
Submit a Correction
Sign up for our Newsletter.

For: Political interference in the LIA is putting vital future investment at risk