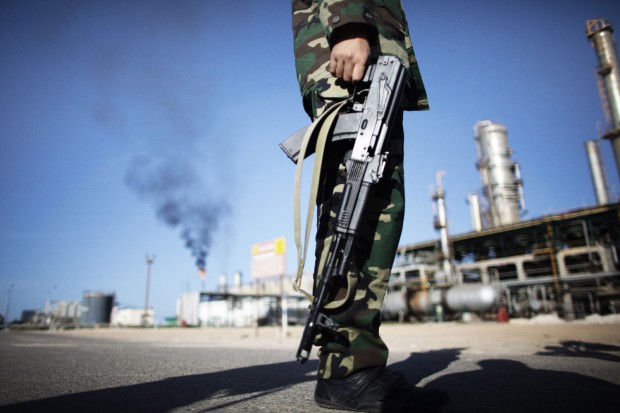 UN experts reported to the UN Security Council that Libya’s oil is being smuggled across the ocean via ships to Malta, revealing that the mastermind of the smuggling is the partner owner in ADJ Trades Company, Fahmi Ben Khlifa, along with the former Maltese player, Darin Depono, and an unidentified Egyptian figure.

“ADJ company is tied closely to the smuggling of the Libyan oil to Malta, and the Maltese authorities are aware of that, worse yet they may be involved in it, too.” Indicated the UN report.

The report explained that the oil smuggling ships sail from South of Malta toward Libya’s coast, putting the GPS off until they load the oil aboard then they go back from Libya to Malta with unidentified destination for more than 12 miles away from the Maltese national waters, where they unload the oil shipment to other ships that carry the smuggled oil to the shore.

“Mr. Khalifs, AKA Fathi Saleem, is connected with two ships accused of smuggling oil, Basbosa Star and Amazigh F, which was changed to Master of Seas X last year. Theses two ships were seen off the Libyan shore on many occasions in 2015 and were also seen next to each other off the Maltese waters on ten occasions.” The UN report explained.

“The two ships were side by side along with a third one, Solis, on seven occasions in last September and October.” It added.

Fahmi Ben Khalifa owns now $330.000 shares in ADJ the same as the other two partners, the Maltese Depono and the Egyptian, who was named as Ahmad Hassan Ahmad Arafa, while Depono alone owns Andre Martina Company that has the ship, Bona 5, declared the UN experts.

They also reported that Bona 5 was next to Amazigh F and Basbosa Star, as the three of them were sailing together with the knowledge of the Maltese authorities.

Worth mentioning that Ben Khalifa owns a militia in Libya and also chairs the oil and gas company, Tepoda, which applied for a license to export oil to Malta but was denied due to Libya’s crisis, concluded the report.

For: Report: Libya’s oil is cruising illegally to Malta