Russia: US must adhere to international law in bombing Libya’s ISIS 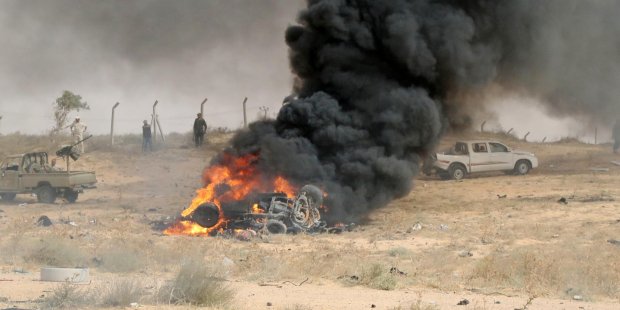 “Russia has always advocated the need for decisive action to destroy Daesh and other terrorist groups, wherever they may be, in strict compliance with international law. We believe it is fundamentally important to establish solid coordination among all states engaged in the fight against terrorism,” the ministry said.

The United States announced Monday that it had carried out air strikes on positions of so-called Islamic State (IS) in Libya, following a request by the UN-backed government there.

For: Russia: US must adhere to international law in bombing Libya’s ISIS