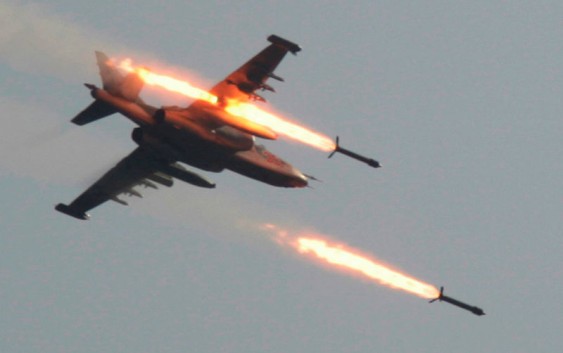 The bombing has prompted a mass exodus of locals from the town to safer areas.

Earlier this month, Syrian troops started an offensive aimed at cutting off Raqqa from the Turkish border.

Troops and militia members, backed by Syrian and Russian warplanes, pushed east from the government outpost of Ithriya, closing in on Tabqa.

The Kurdish-led Syrian Democratic Forces (SDF), backed by US air strikes, is also pushing towards Tabqa, located near Syria’s largest dam, at the southern end of Lake Assad on the Euphrates.

The SDF, an alliance of Kurds and Arabs, seeks to retake the northern Syrian town of Manbij from ISIL, also known as ISIS, as part of their offensive in Raqqa province.

Manbij is strategically important as it controls a supply route from the Turkish border to Raqqa.

Clashes between SDF forces, backed by a US-led air power, and ISIL fighters raged on Sunday on the outskirts of Minbij, the SOHR said. No casualties were reported. Manbij has been under ISIL control since 2014.