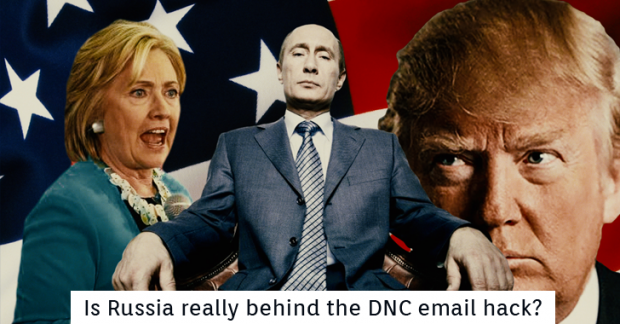 A “cyber-spying virus” was found in the networks of about 20 organisations, the Federal Security Service (FSB) said.

The report comes as Russia stands accused over data breaches involving the Democratic Party in the US.

The Russian government has denied involvement and has denounced the “poisonous anti-Russian” rhetoric coming out of Washington.

The FSB did not say who it believed was responsible for hacking Russian networks, but said the latest hack resembled “much-spoken-about” cyber-spying, without elaborating.

It said the hack had been “planned and made professionally”, and targeted state organisations, scientific and defence companies, as well as “country’s critically important infrastructures”.

The malware allowed those responsible to switch on cameras and microphones within the computer, take screenshots and track what was being typed by monitoring keyboard strokes, the FSB said.