Syrian asylum-seeker in Germany killed a woman, injured tow others in machete attack 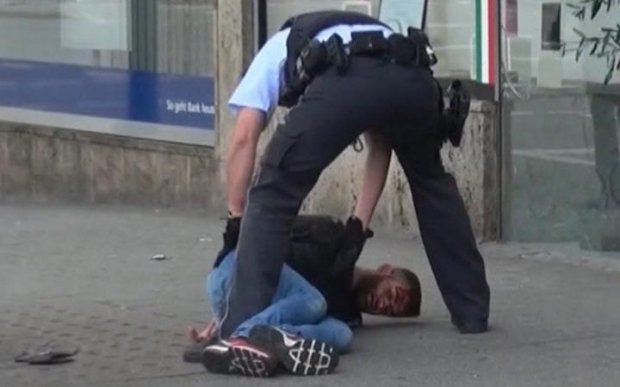 A machete attack by a Syrian asylum-seeker has left one woman dead and two other people injured, police in south-western Germany say.

Witnesses said the attack happened after an argument developed between the man and the woman in the town of Reutlingen, near Stuttgart.

Police said the attacker had been arrested and there was no indication that it was terrorist attack.

The incident comes amid tension after other bloody events in the past week.

A shooting rampage in Munich on Friday left nine dead while an axe attack on a train a week ago injured several people.

The 21-year-old man arrested in Reutlingen was acting alone and there was no likely danger to other people now, police said.

The woman who was killed worked at a kebab stand close to where the argument took place, the Bild newspaper said.

Police added that the man arrested had been involved in previous incidents where he had caused injury, but gave no further details.

For: Syrian asylum-seeker in Germany killed a woman, injured tow others in machete attack