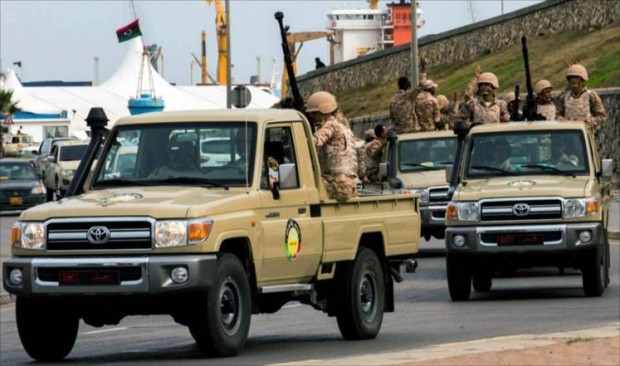 Tripoli revolutionary brigades and other armed groups in the capital issued a statement late Wednesday to reject all the ongoing attempts to bring Serraj government into the capital by force.

In a televised statement, the brigades added that the UN-backed government is not a unity one and does not have the support of aal Libyans, underlining that to impose that government on Libyans using force means that the UN is trying to make one party rule out the other, which the capital’s brigades will never accept.

“We stress that one of the most important principles in February revolution is holding on to Islamic Sharia laws as the only source for legislation,” The statement indicated.

The statement also revealed that the brigades are to form a joint force to be tasked with securing the capital, unblocking the roads, fighting the robbery gangsters, and giving support to state institutions and police departments.

“The Central Bank of Libya must find a solution for the cash crisis and provide people with the needed money in the banks, and it must open doors for letters of credit immediately.” The statement added. 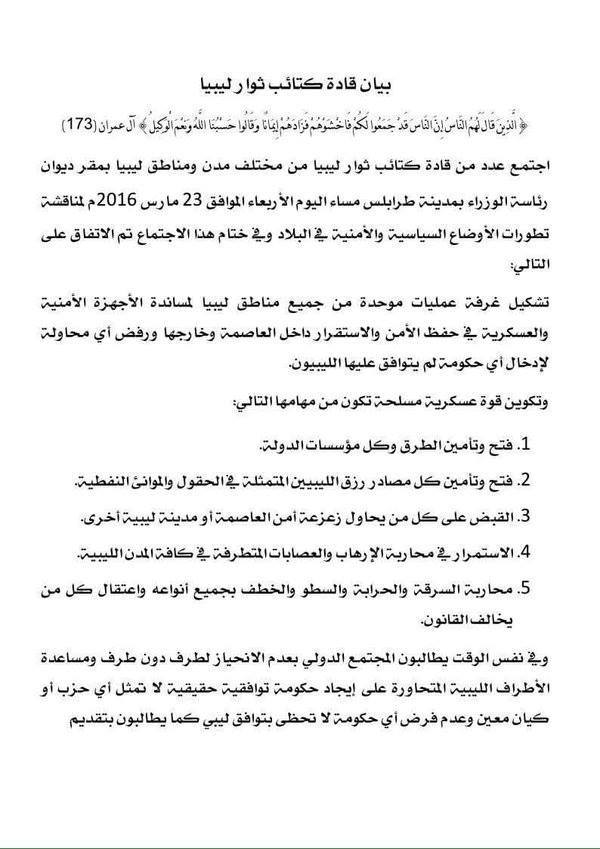 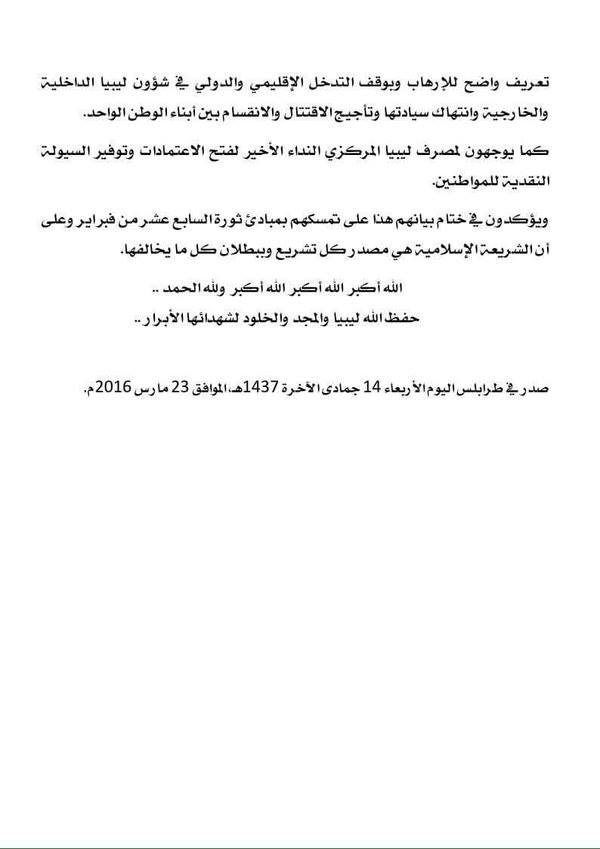 For: Tripoli revolutionary brigades warn Serraj government of forcing itself into Tripoli