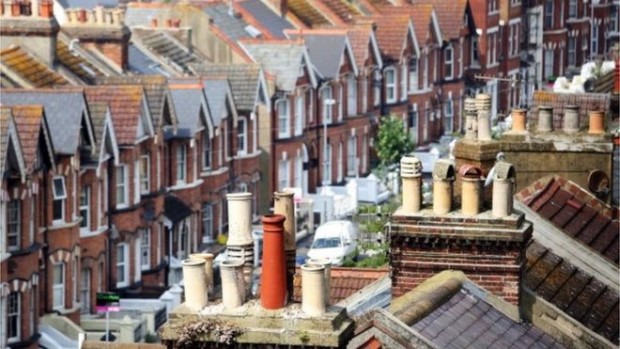 Average house prices grew strongly in December according to the latest survey from building society Nationwide.

Separately the Land Registry for England and Wales reported that prices rose by 5.6% in the year to November. It said the average price of a house or flat was £186,325.

Nationwide said the growth in house prices broadly matched growth in average salaries, adding that it expected to see a similar pace of growth next year.

Its most recent survey suggested that prices went up by 9% in the year to November. 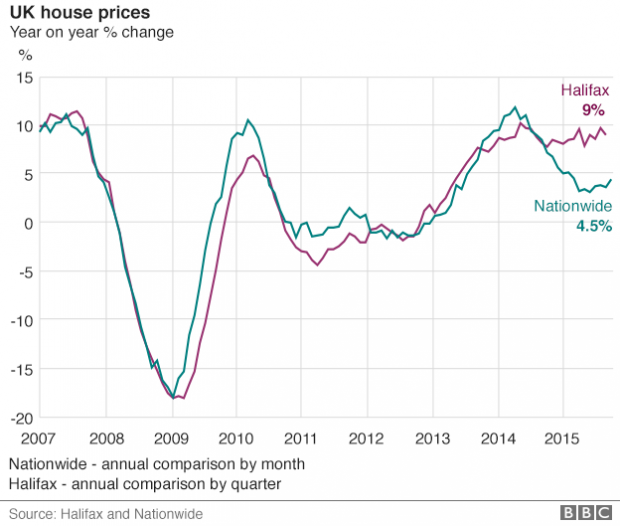 London remained the strongest performing region for the fifth year running, with average prices up 12% compared with a year ago, according to Nationwide.

But it did not expect house prices in the capital to continue to see above average growth next year, pointing to the fact that property was becoming unaffordable for many in the city.

Across the UK as a whole, prices are around 7% higher, Nationwide added.

Scotland was the only part of the UK that saw a fall in average house prices, with values down 1.9% in the three months to the end of December compared with the same period a year ago.

Robert Gardner, Nationwide’s chief economist, forecast average house prices would accelerate at a modest pace, despite the likelihood of interest rate rises from the middle of next year.

“Further healthy gains in employment and rising wages are likely to bolster buyer sentiment, while borrowing costs are expected to rise only gradually. However, the main concern is that construction activity will lag behind strengthening demand, putting upward pressure on house prices and eventually reducing affordability,” he added.

Overall, Mr Gardner forecast average house price growth of between 3% and 6% nationally in 2016.

“The gain in employment in London is particularly striking, with the number of people in employment up 14% compared to the pre-crisis period,” he added.

But he warned that average house prices would “be constrained by more stretched house prices to earnings ratios, tighter checking of prospective mortgage borrowers by lenders and the probability that interest rates will start rising gradually during 2016”.