UN fearsome about possible relocation of ISIS after Sirte battle 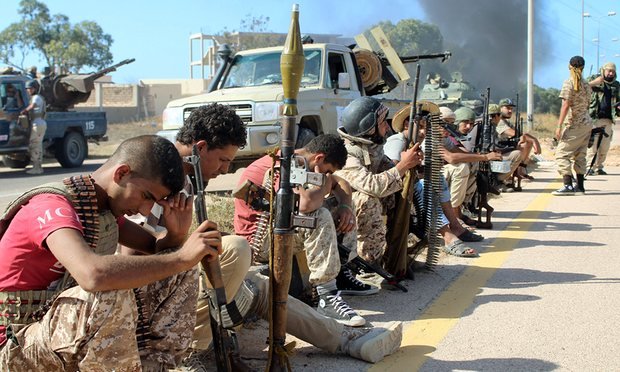 The United Nations Secretary-General, Ban Ki-moon has expressed concern over the activities of the so-called terror group, ISIS in the country.

Ban Ki-Moon says with the push-back of the militants from their Sirte stronghold, the fighters could set up new cells across Libya and north Africa.

The UN scribe outlined the threat from foreign terrorist fighters in Libya, in a confidential report to the Security Council.

He says the recent pressure against the group could lead its members to relocate and regroup in smaller and geographically dispersed cells throughout Libya and in neighbouring countries.

For the past two months, Libyan forces appointed by the UN-Government of National Accord (GNA) in Tripoli have been battling to take Sirte from ISIS fighters.

Meanwhile, Libyan rival politicians are meeting in Tunisia to search for a way to break the deadlock in the country’s crisis, including changes to the UN-brokered road map for its politica

For: UN fearsome about possible relocation of ISIS after Sirte battle