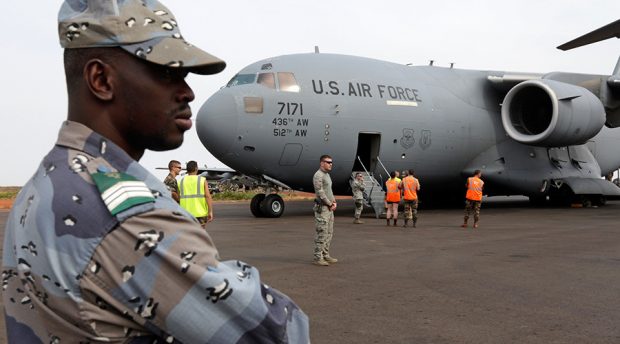 The US said Thursday that it had carried out two airstrikes targeting two IS camps in southwest Sirte in Libya, killing 80 IS terrorists, without nay women or children among them, according to CNN.

The mission, which was confirmed in a later Pentagon statement and is expected to be the last, short-notice military operation ordered by President Barack Obama, was approved several days ago by the President, according to sources.” The CNN reported.

The Pentagon said the initial assessment of the strikes indicates they were successful although adding that they are still evaluating the results.

The CNN reported a US defense official as saying that the militants were seen immediately beforehand carrying weapons, wearing tactical vests, holding mortars and standing in formation.

“US surveillance aircraft had been watching the sites for weeks as fighters fled from Sirte on the coastline into what they perceived to be the safety of remote desert areas. But the isolation of the area gave those surveillance aircraft clear imagery showing military-aged males in several areas, according to officials,” the CNN wrote.

According to the Pentagon, the B-2s heavy bombers flying from the US were planning to bomb four camps, according to initial reports. Some of the sites may have been empty, with fighters having moved again. US Navy warships equipped with Tomahawk cruise missiles were also on standby but initial reports indicate they were not needed.

The US helped Al-Bunyan Al-Marsous force in their fight on IS in Sirte for over four months from August 2016, with constant airstrikes on IS targets in and on the outskirts of the city of Sirte.

Sirte was fully liberated from IS by the GNA-appointed Al-Bunyan Al-Marsous forces in December 2016 after 7 months of fighting.

For: US airstrikes on Libya’s southwestern Sirte district kills 80 IS radicals