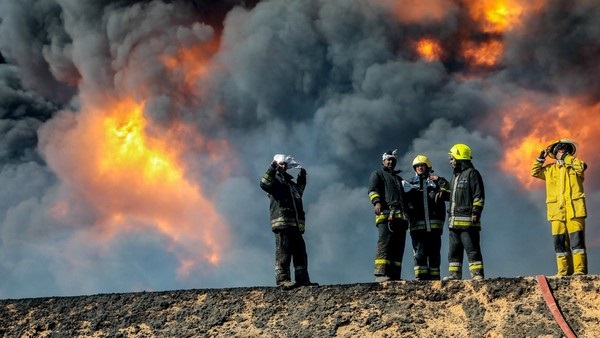 Libya has forgone more than $68bn in potential oil revenues since 2013 amid a power struggle between rival factions that has brought the energy industry to a near standstill and wrecked the economy.

The estimate by the Tripoli-based National Oil Corporation (NOC) accounts for the value of lost production as a result of 75 separate oilfield shutdowns and port disruptions.

It offers another measure of the missed opportunity and dysfunction plaguing Libya since the downfall of Muammer Gaddafi in 2011 and the battle between two competing governments.

“The economy is in a very critical situation,” Mustafa Sanalla, chairman of the state-run NOC, told the Financial Times. “Relations between the two governments are really very bad and it has crippled the oil industry.”

Local protests, infrastructure problems and attacks by Isis militants have also contributed, Mr Sanalla said. A 75 per cent fall in world oil prices since mid-2014 means the shrinking stream of crude that Libya has been able to export has brought in less revenue.

The near collapse of the oil industry — the sole pillar of Libya’s economy — has destroyed its finances. Mohamed El Qorchi, the International Monetary Fund’s mission chief for Libya, said the country posted a fiscal deficit last year of 54 per cent of gross domestic product — “one of the highest in the world.”

Meanwhile, the Economist Intelligence Unit predicts Libya will have the world’s fastest-shrinking economy in 2016, beating war-torn Syria as well as Venezuela and Equatorial Guinea.

A civil war has left Libya divided between an internationally recognised authority in the eastern city of Tubruq and an Islamist-leaning government in Tripoli in the west, from which the NOC still operates. Although a new unity government has been formed, it is not yet effective.

While both sides have fought for control of oil revenues, energy companies and traders have continued to honour agreements made with the Tripoli-based NOC, which remains one of the few functioning institutions.

I am very angry. We could have stopped this latest attack by the cancer that is Isis

Isis militants have been wreaking havoc on the oil industry since the start of the year. Yet Mr Sanalla claims the Petroleum Facilities Guard, an armed force meant to protect the energy infrastructure, has been the biggest hindrance.

It is known to support the eastern government and wields influence over important oil storage and export facilities. He attributes at least $53bn of the lost revenues to problems caused by the PFG, contributing to the shut-in of 1.1m b/d of production.

In an example of difficulties faced by the national oil company, Mr Sanalla said he had sent an oil tanker to drain storage facilities at the big port of Ras Lanuf — a preventive measure against Isis attacks. But the PFG did not grant its permission and this week the stored crude was set ablaze.

“I am very angry,” said Mr Sanalla. “We could have stopped this latest attack by the cancer that is Isis.”

As the conflict between competing factions rages on, fears are growing that Isis militants will gain further control of energy facilities.

Ahmed Maiteeg, deputy prime minister in the national unity government, which is based in Tunisia, said the priority for a new administration would be to increase oil production to 1.3m barrels per day within six months of taking over. “The biggest obstacle now is the handover of power from the different sides,” he said. “We want to return to Tripoli in a peaceful manner and not through any bloodshed.”

For: War and Conflict cost Libya more than 68 billion dollars