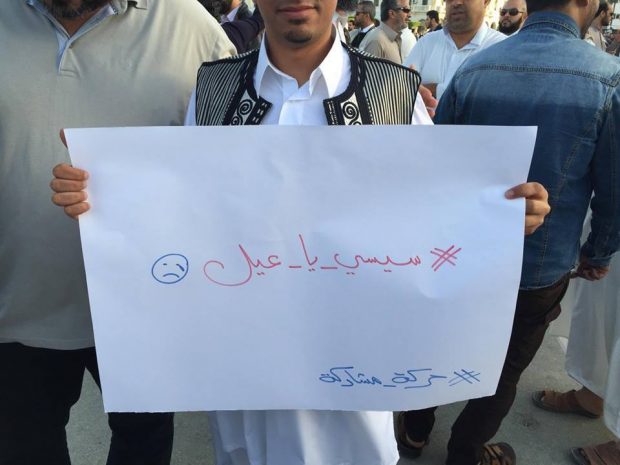 The Egyptian President, Abdel Fattah Al-Sisi, has caused more than anger among Libyans after his statements on Wednesday when he said that he was able to occupy Libya if he wanted when his country was going through tough financial knots, but he did not do so only because his mother told him not to eye others’ possessions and not take others’ stuff.

In Libya, the news was received with too high anger by ordinary people and politicians alike. People on social media launched the hashtag “Sisi ya Ayel” which translates “Sisi is a mummy’s boy”.

Others took to the streets in Tripoli and Misurata Martyr Squares and held slogans saying that they denounce the statements by the Egyptian president.

On the official level, Tripoli’s Salvation Government denounced the statement and called it irresponsible vowing to stand up for Libya whenever any enemy such Al-Sisi approaches.

Likewise, Justice and Construction Party also denounced the statement of Al-Sisi about possible occupation of Libya to solve his country’s economic problems, saying it is a violation of international conventions.