1 Million above entered Europe as refugees 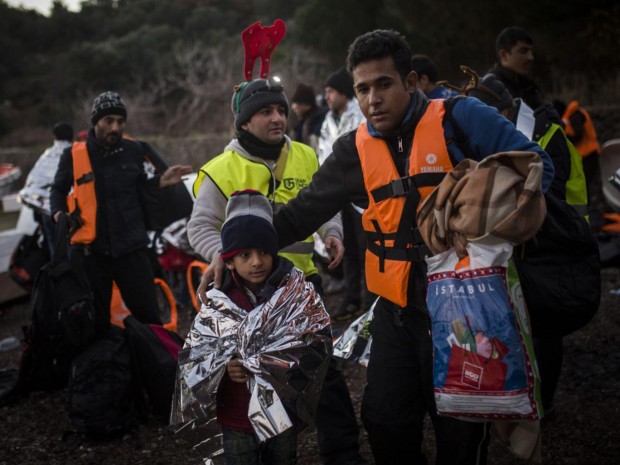 More than a million refugees have reached Europe so far this year by sea alone as migration continues on a scale not seen since the Second World War.

The vast majority were packed into flimsy dinghys sent from Turkey to Greek islands before starting the long journey through the Balkans, figures from the United Nations refugee agency (UNHCR) show.

More than 3,700 migrants and asylum seekers have died in their desperate attempts to cross the Mediterranean and Aegean seas and as movement continues through the winter, aid agencies say storms are certain to claim more victims.

On the holiday island of Lesbos, which has received almost 500,000 people as the main landing site in Europe this year, continues to see around 2,000 people a day arriving on its shores.

But as conflict, persecution and poverty continues to drive people to risk their lives in the hope of a safer future, many European nations are moving to tighten asylum rules, making the end of refugees’ journeys less certain than ever.

The Norwegian government is calling for restrictions, while Sweden has introduced mandatory passport checks and Germany backtracked on Angela Merkel’s pledge to welcome Syrian refugees with a package of asylum controls.

Just under half of the refugees arriving by sea this year are Syrian, with a fifth coming from Afghanistan and the next largest groups being Iraqis, Eritreans, Pakistanis and Nigerians.

The UNHCR is among the aid agencies calling for a safe route to Europe for refugees in desperate need of international protection, saying that every year their journeys take a “devastating toll on human life”.

A spokesperson described the initial reaction to the crisis as “chaotic” as countries in the Balkans applied varying asylum rules inconsistently to block people from certain nationalities and sporadically close borders.

But the continent’s response is now “taking shape” with UN co-ordination and staff from international aid agencies and charities along the long route to western Europe.

António Guterres, the UN High Commissioner for Refugees, said more still needed to be done to provide adequate reception facilities at points of transit, and to properly screen arrivals to separate those in need of protection.

“As anti-foreigner sentiments escalate in some quarters, it is important to recognise the positive contributions that refugees and migrants make to the societies in which they live and also honour core European values: protecting lives, upholding human rights and promoting tolerance and diversity,” he added.

For: 1 Million above entered Europe as refugees