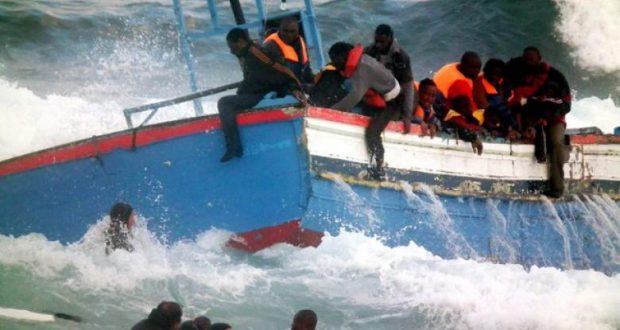 About 100 people drowned in the Mediterranean Sea after a dinghy capsized off Libya’s coast on Tuesday, according to rescue teams in search for survivors.

International organisations’ rescuers and the Italian coastguards said on Tuesday that they had recovered seven bodies and rescued 23 survivors from the capsized dinghy.

“23 survivors had been rescued by an oil tanker which was first to reach the stricken dinghy.” German NGO Jugend Rettet, which has a boat in the Mediterranean, reported.

There were 122 on boat, including 10 women from whom only one woman made it alive, one of the survivors said.

“Survivors and four of the recovered bodies were transferred from the tanker to the Aquarius, a boat operated by another charity group, SOS Mediterranee.” According to media sources.

One of those survivors told one of that organisation’s staff that the dinghy had begun to sink at 6:00 am, four hours before the arrival of the tanker.

For: 100 migrants drowned as boat capsized off Libyan coast