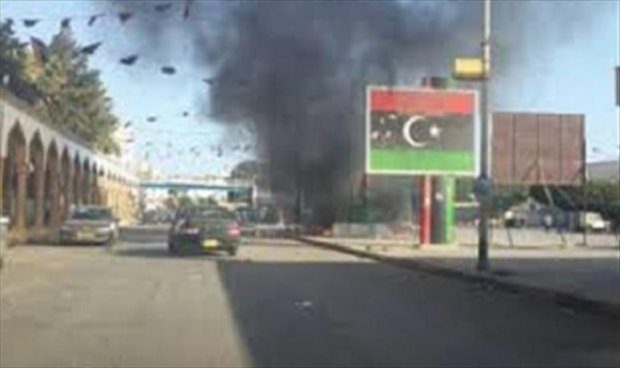 Libyan forces appointed by the U.N.-backed government have been shelling and carrying out air strikes on the center of Sirte city in a siege of Islamic State militants there, an official said on Tuesday.

Militants defending Islamic State’s last stronghold in Libya have been keeping Libyan forces back with sniper fire and mortars in Sirte where they are now surrounded after a two month campaign to take the city.

The fall of Sirte would be a major blow to Islamic State, which took over the city a year ago in the chaos of a civil war between rival factions who once battled Muammar Gaddafi in 2011.

He said one Misurata leader was killed and 20 others wounded in a mortar strike on their position in the Zaafran frontline, near the roundabout where Islamic State once crucified victims.

The bodies of around 13 Islamic State fighters were found, but Misurata forces were driven back by sniper fire.

For: Libyan forces carry out land and air offensive on ISIS in Sirte