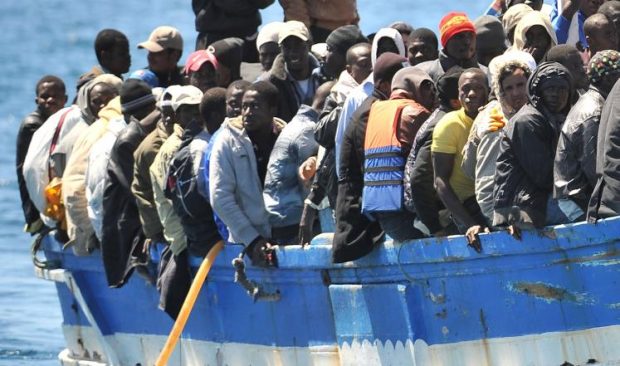 Italy’s coast guard says it has coordinated the rescue of about 1,400 refugees trying to cross the Mediterranean.

The coast guard said it had coordinated rescue operations off the Libyan coast earlier on Tuesday as hundreds were in desperate need of help on 11 overcrowded boats.

It also said seven bodies were recovered from a rubber boat. Humanitarian group Migrant Offshore Aid Station (MOAS) also recovered a body from another rubber boat. The Italian coast guard also airlifted three people in need of medical care, a spokeswoman said, adding that two of the refugees were suffering from severe hypothermia while the other was evacuated because of a heart attack.

The international charity Save the Children was also involved in the operation. The organization said on its Twitter page that one of its ships had rescued more than 400 people from a wooden boat during the night.

More than 4,600 people have been killed this year trying to cross the Mediterranean to Europe. The figure has already exceeded the toll in the entire 2015, which was more than 3,600.

The International Organization for Migration has recorded a high number of refugee arrivals in Italy from North Africa in 2016. It says 168,000 have reached the Italian shores since the start of this year, nearly 14,000 more than the figure in 2015 and close to a 170,000 record registered in 2014.

The surge in Mediterranean journeys from the south into Italy came after the European Union managed to reach a deal with Turkey in March to curb the arrivals in Greece from the east.

For: 1400 illegal migrants rescued off the Libyan coast